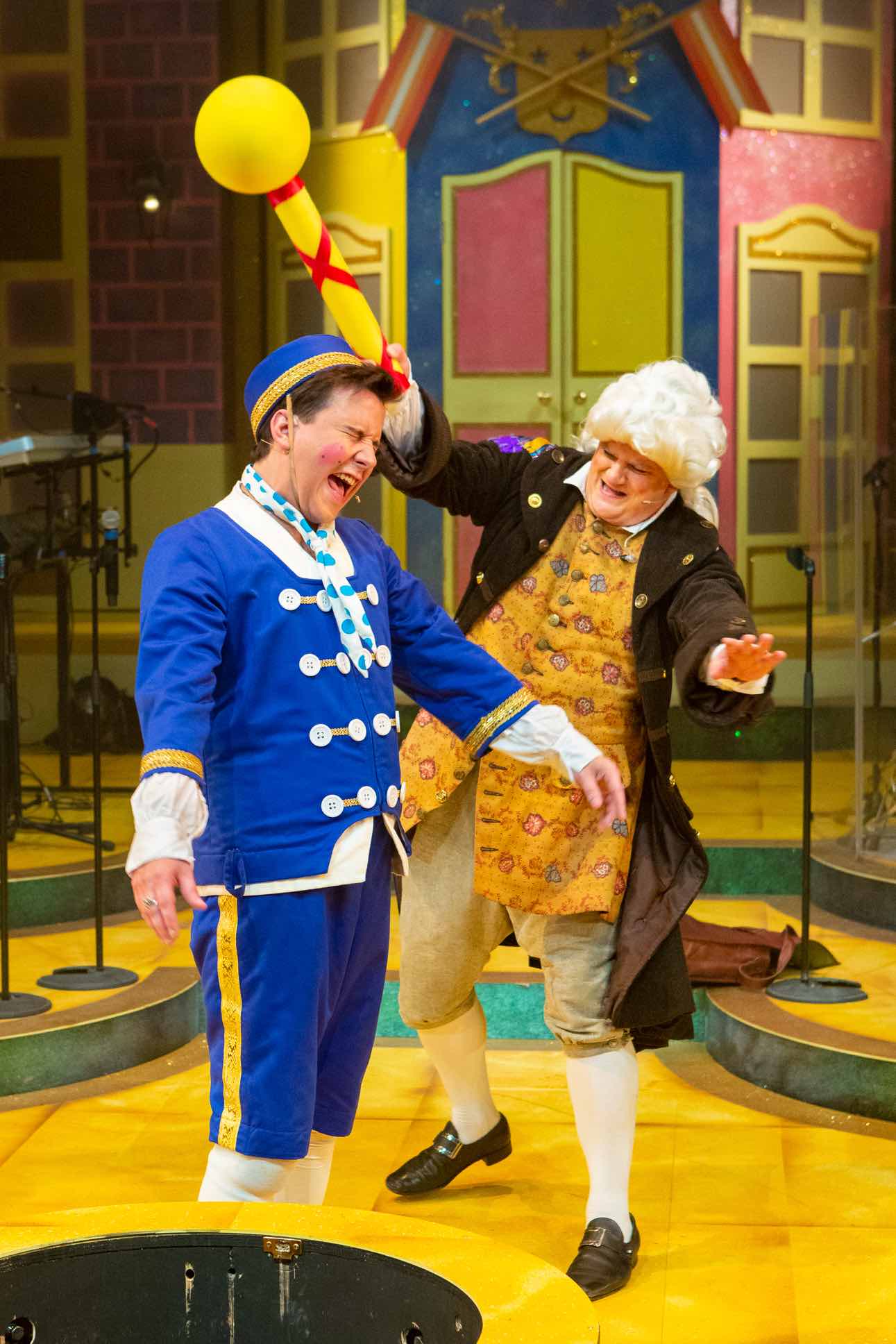 I often think that the annual pantomime at the New Wolsey Theatre, in Ipswich, should come with a warning: Once experienced, this show will spoil every other pantomime for you! Once you have seen one of the Rock ‘n’ Roll Panto’s, a fast-moving riot of colour, laughter and pop, everything else will seem a little, well, old-fashioned. Peter Rowe and his team take a traditional story but bring it bang up to date with talented actor-musicians who are each on stage almost all the time. Admittedly, it is a bit astounding the first time you see an Ugly Sister also playing the drums or keyboard, or any of the other characters, accompanying their fellow actors or providing incidental music or sound effects. What talent! They act, sing, dance and play several instruments…. (and it doesn’t get any less impressive when you have seen it in several productions.)

Cinderella is the same pantomime that the theatre put on when they reopened as the NEW Wolsey, but it’s been brought bang-up -to date with topical local gags and music that included newer songs such as Price Tag and Can’t Stop This Feeling, as well as the old favourites like Reet Petite and It’s Raining Men.

This is a pantomime that has the audience aching with laughter, at the same time as they groan at awful puns and corny jokes. With such a strong and talented cast, it is impossible to mention everyone, but my favourite was probably Buttons, played by James Haggie, with a cute squeaky voice – but thankfully not when he sang!

Other stars of the show were probably the costumes, a riot of colours, and a set that transformed from the town square into the town hall ballroom in a blaze of light, glitter and chandeliers, strung across the audience’s heads. There may not have been a truly magical transformation when Cinders turned into a princess to go to the ball, nor was there a pumpkin coach or plumed horses, but actually, it really didn’t matter!

Leave your inhibitions at home, forget you are no longer aged 8 and throw yourself into the New Wolsey pantomime experience. The music will get you up and dancing and you will go out of the theatre with a smile on your face. This is a panto that may be a little bit naughty – but is VERY nice.

Cinderella can be seen at the New Wolsey Theatre, Ipswich until 2nd February 2019.