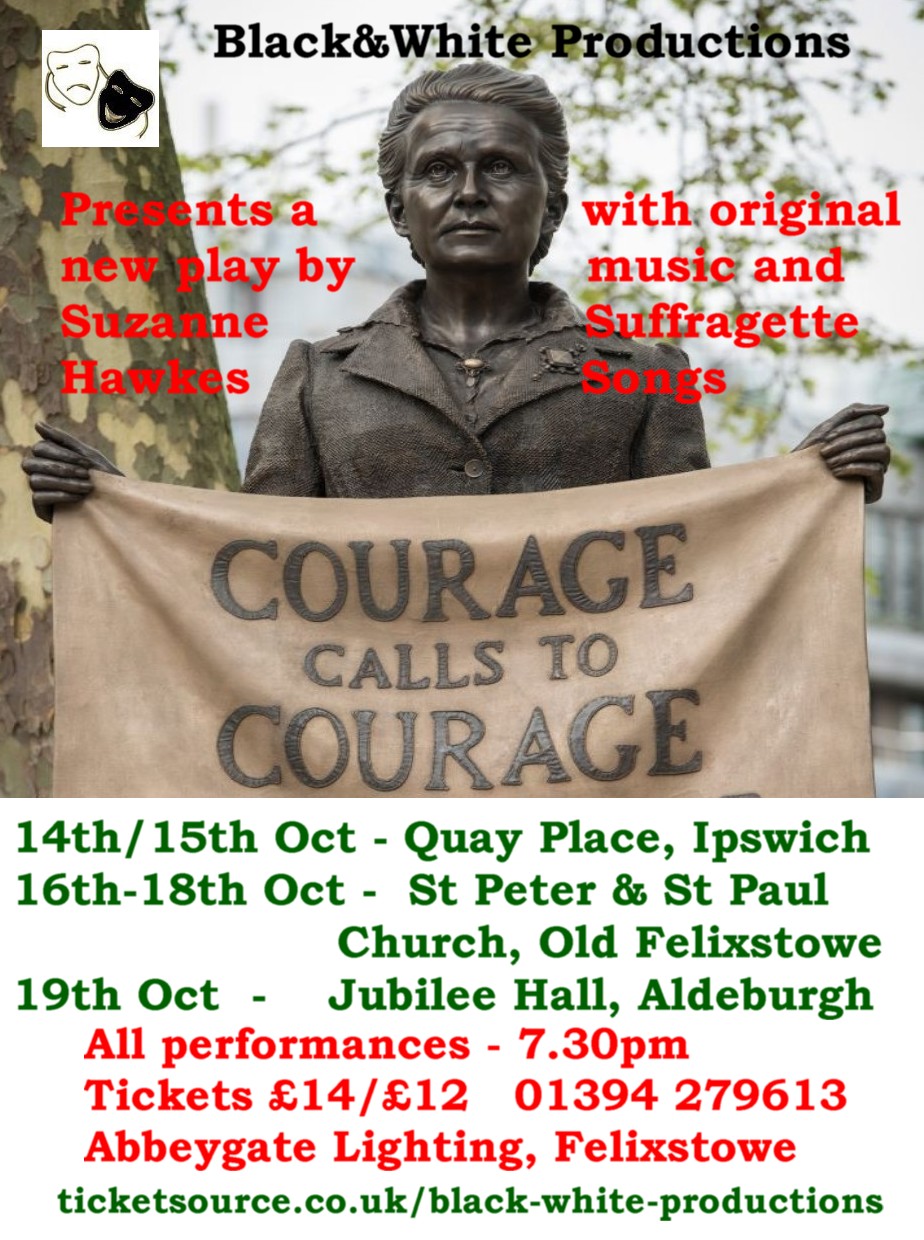 Review of “Courage Calls to Courage Everywhere” by Suzanne Hawkes. Black & White Productions, October 2018 Last year Suzanne Hawkes wrote and produced a play about the first British-trained woman doctor, Elizabeth Garrett Anderson, from Aldeburgh. This autumn she has turned her attention to Elizabeth’s sister, Millicent Garrett Fawcett, who led the campaign for women’s suffrage. Millicent has a statue opposite Parliament that was unveiled […]