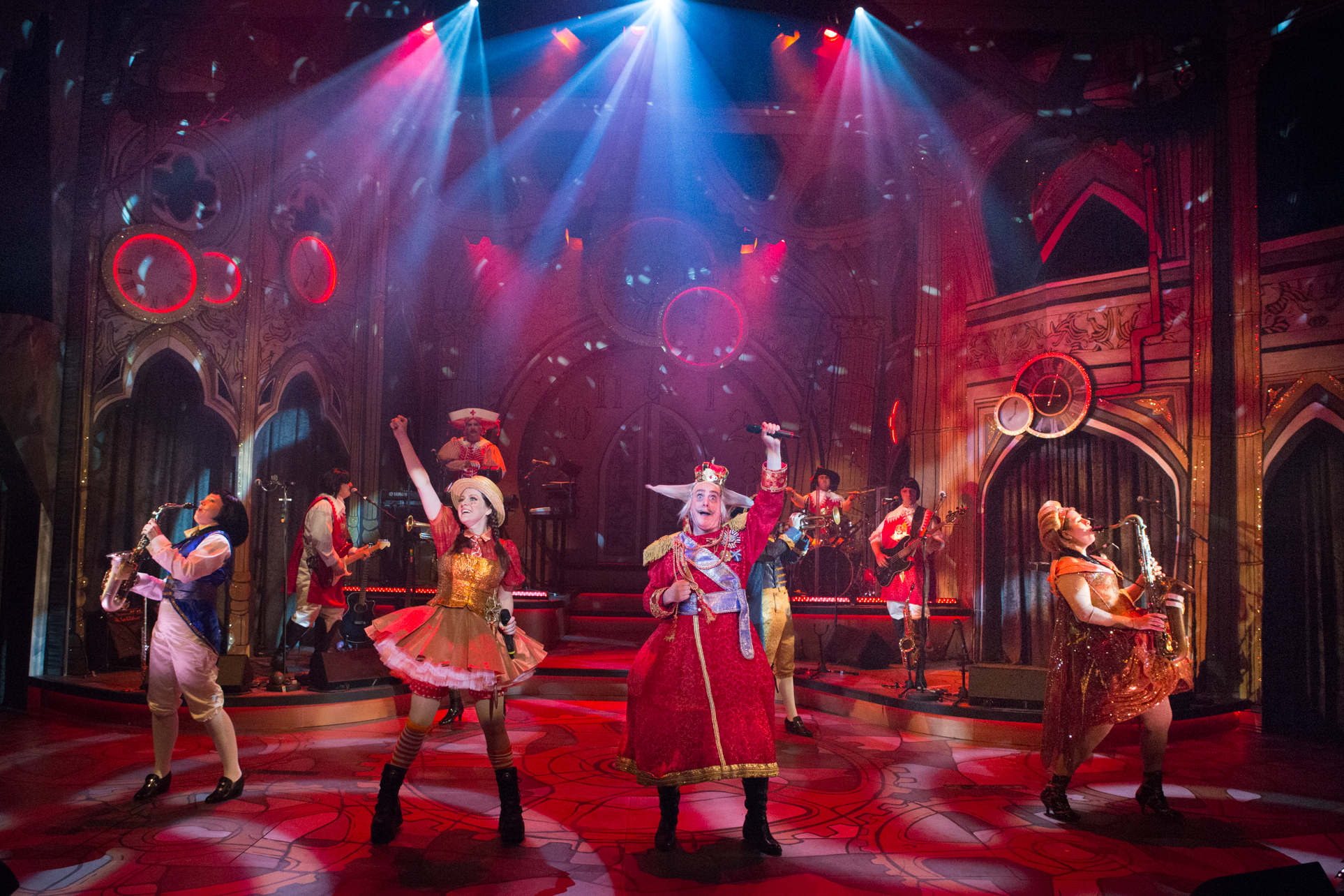 The brisk trade in magic wands, flashing yo-yo's and ice creams show that the New Wolsey Theatre in Ipswich hasn't forgotten the younger members of the audience with their annual Rock'n'Roll pantomime, however this is the pantomime that a teenager or older audience member is happy to attend without the excuse of a young relative to escort.

As is usual with their panto, the New Wolsey's Sleeping Beauty provided the winning combination of a rock gig and a stage show. The singing of classic hits such as Wake Up Little Suzie, My Girl ,  and the Shoop Shoop Song, do not disappointed the fans of the original artists who made them hits. Those artists would certainly not have then been expected to pick up instruments to accompany the next well-known song or continue acting as a fairy, The King or herald, depending upon their pantomime character!

The costumes were colourful, the set a vision of gold clocks and there were of course, the most dreadful of groan-jokes performed with relish by Dame Taffeta Trott (played by Will Kenning).

The storyline followed the traditional one with a bit of time travelling thrown in (from the 1860's to the 1960's after 100 years of sleep for everyone in the palace) and it wasn't a random prince riding by who rescues the sleepy Princess Suzy but Simon Steadfast, a foundling raised at the palace and her childhood sweetheart (Peter Manchester)….who luckily turns out to be a Prince.

Fairy-wise, Morgana (Karen Mann) was suitably evil and the two good fairies Fairy Fanciful (Esther Biddle) with her trainee Frederica (Sarah Mahony) popped up to provide the spells and keep the story moving, but this is not a panto that tries to provide that shimmering, magical "ah" moment that leave little ones spellbound. This is a fast-moving high-energy rock show. (However the two little girls sitting in front of me obviously loved every minute and were  up and dancing from the opening bars with their gusty laughter delighting the mainly adult audience).

Sleeping Beauty, in its form at the New Wolsey, is a  pantomime that will never leave you bored for a second….. and the cast should be paid a triple fee to reflect their triple workload of musician/actor/singer!

Another huge seasonal hit for the New Wolsey so get a ticket – Quickly!

This review also appears on www.onesuffolk.net/previewsandreviews