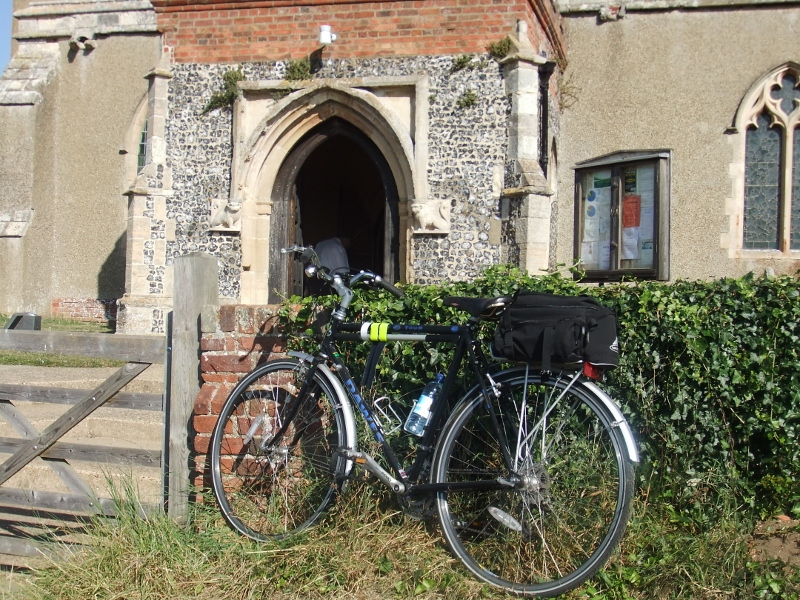 Saddle Up for Summer.

As small sun-shaped symbols hopefully appear on the weather forecasters maps, many people will remember the sporting summer of 2012 and decide they really should head outdoors and take up a sport. Perhaps cycling?  Riding a bike could help you to get fit, save you money and enable you to enjoy the towns and countryside of Suffolk and Norfolk from a new perspective.

There was a noticeable increase in cycling after the London Olympics and Bradley Wiggins’ success in the Tour de France….and thousands lined the streets when the Tour of Britain was launched in Ipswich. Whether you have a dusty bike lying forgotten in a garden shed, want to buy a bike on a budget or even if you have never learnt to ride but want to give it a go, we have some advice and encouragement for you this month.

Learning to Ride a Bike:

While most people learn to ride a bike when they are children there are many who have forgotten the skill or who never learnt. Jeremy Curtis is a retired police officer who is qualified to run cycle training courses.

“The oldest person I have taught how to ride a bike from scratch was a 67 year old lady who is now successfully riding her bike,” he remembered. “She had bought a brand new bike and rung me up and said that she wanted to learn to ride…. And no, I didn’t run along beside her nor did she learn using stabilisers! You just need a traffic free area to practice on”.

And it took Jeremy just one day to get her riding her new bike. After teaching school children for several years, Jeremy now plans to set up cycle training sessions where children would attend for a couple of hours at the weekend. He is looking for a location in Suffolk such as a company car park that isn’t used on Saturdays.

“I could also offer an intensive four hour session for adults who need to regain their confidence or learn to ride a bike. All I need is a safe venue where I could set out routes with cones.”

What are the priorities for all cyclists to learn?

“We teach them how to turn at junctions safely and the correct position on the road but even before that, it is important to start with personal safety. Protecting the head with a proper cycle helmet is vital but I also recommend that cyclists wear a high visibility jacket or just something brightly coloured. Our main emphasis is that you must be seen to be safe”. Jeremy also emphasised, “A cyclist should always be aware of what is behind them, in front of them … and signal. If you can’t signal you shouldn’t be on the road!”

It is thought that around two million new bikes are sold each year in the UK, and many will cost several hundred pounds. If that seems a lot when you are not sure if cycling is really for you, there are other options.

In Kessingland, on the Suffolk/Norfolk border, is the award-winning bike shop CycleRecycle which is run by Matt Rump, an ex-professional cyclist. It began as an online business when Matt saw the potential of building bikes using recycled spare parts, and it has now grown to include a shop, repairs, retail sales and bike hire.

““The high cost of running a car means that cycling isn’t just for health and sport  but is a realistic option for getting to work and school,” explained Matt. “Once you have invested in a bike you have virtually cost-free transport.”

The full article appears in Suffolk Norfolk Life magazine, May 2013.