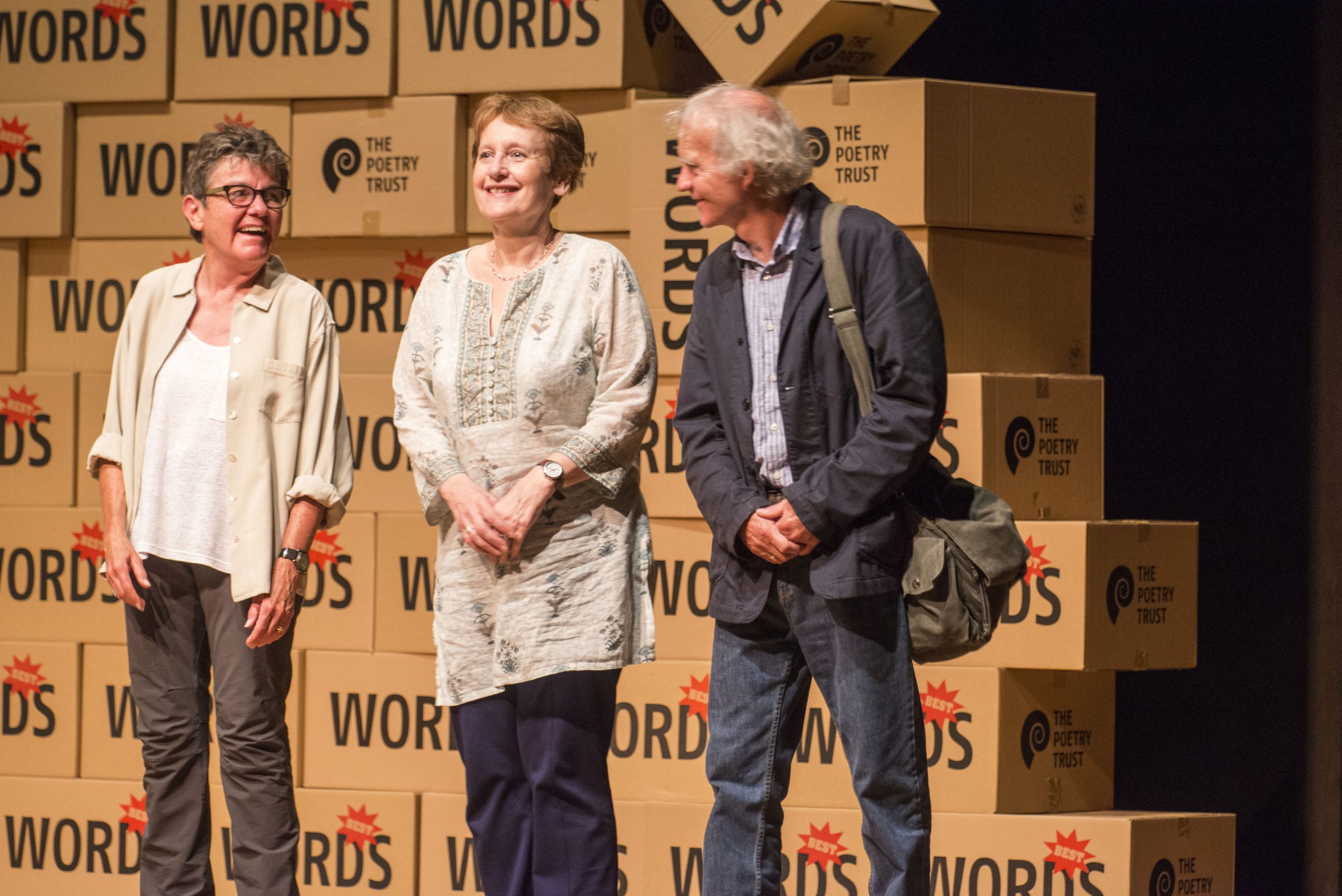 Naomi Jaffa, Director of the Poetry Trust, pointed out, in her welcome to the Poetry Prom 2013 at Snape Maltings Concert Hall, that we were the biggest poetry audience outside of London. She described the poets that were to read for us: Wendy Cope (“funny and serious at the same time”), David Constantine, (“speaks to heads, hearts and humanity”) and Kay Ryan, (“has always been economical; less is always more”).

Once again the Trust had found three excellent poets to read their work although I felt sorry for David Constantine: it would be hard for anyone to follow Wendy Cope and her hilarious poems. His poems were more of the thought-provoking, gentler kind, causing a murmur of appreciation rather than laughter and applause.  The poems painted clear visual images for us, such as the audience watching  The Llandudno Town Band, huddled in their blankets (“the old and the very old, recumbent in deckchairs”) and Leggers, his poem about picnicking on a hillside, beneath which the canal tunnel was navigated by the boatmen.

Wendy Cope was in fine form and had the audience rocking with laughter at poems such as My Funeral (instructions of what not to do, such as taking too long over eulogies, “If invited to read a poem, just read the bloody poem”), commissions that meant the impossibility of choosing just one item in the Tate Gallery to write about, and what it is like to have your poetry (eg, Bloody Men) become an exam subject, complete with unanswerable questions.  Wendy is one of Britain’s most popular and accessible poets, writing succinct, funny poems.

The final poet to read was Kay Ryan, who may be less well known in the UK, but was the US Poet Laureate 2008-2010 and  received one of the 12 annual National Humanities Medals in July, from President Obama at a White House ceremony. Kay’s short poems are not necessarily amusing but were hilarious when introduced by Kay, with her dry wit.  She spoke of her love of mystery novels and of malapropisms (“No rest for the idle” has inspired one of her poems, whilst “I am at the end of my straw” is still to come) – and her bafflement at British road signs such as “Cats Eyes Removed”, which shocked her greatly!

The Poetry Prom may be over for another year but the Aldeburgh Poetry Festival will be back at Snape Maltings Concert Hall, 8-10 November 2013.

This review also appears on http://www.onesuffolk.net/home/previews-and-reviews/reviews.

(Photo from The Poetry Trust, taken by Peter Everard Smith)