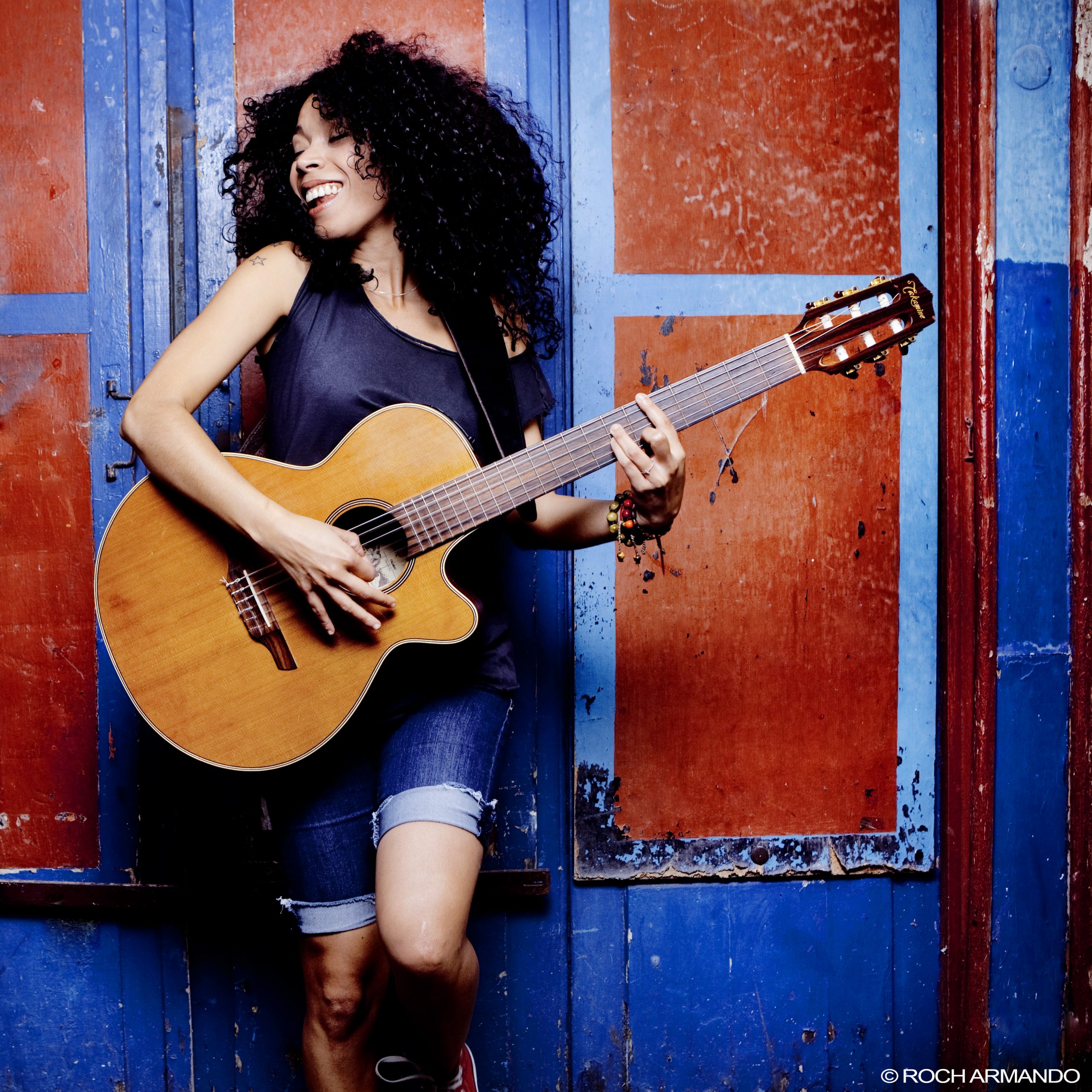 Imagine a young Tina Turner in skin tight golden leggings and black halter-neck top emerging, with a sexy flicking of her hips, from a cloud of dry ice into the spot-lit stage. Not Tina Turner of course, but a Brazilian rock chic who then starts singing and dancing the samba!  Now you have a little idea of what the Snape Proms audience experienced when Flavia Coelho and her band brought their raunchy mix of samba, bossa nova, raga and hip-hop to the stage.

With her irrepressible smile, constant movement and energy, and the sheer force of her personality, Flavia achieved what, in my experience, no-one else has done at Snape Maltings Concert Hall: she had the entire audience up and dancing from her second song! Having taught us some basic samba, by the end of the evening, we’d sung with her in Portuguese and relaxed into the uninhibited Brazilian party atmosphere.

Swirling her mane of tight auburn curls and swinging the sexiest of hips, Flavia was accompanied by musicians Victor Vagh (keyboard), Sébastien Lunghi (guitar) and the mesmerising drummer, Paul Alex Chonville, in a great night of music that no-one wanted to end.

Did it matter we couldn’t speak Portuguese? Not one bit. Flavia’s self-deprecating chat between items may have been heavily accented but her English was very good and she has a way of intimately whispering into the microphone so that we each felt she was speaking just to us…. But then the next moment her amazing voice was belting out a song and raising the roof of the concert hall.

Flavia was apparently a huge hit at the Womad Festival of world music this summer…. And no-one at Snape could have been disappointed either.

Thanks to Aldeburgh Music, Rio de Janeiro came to Snape, and we had a party.

(This review also appears on http://www.onesuffolk.net/home/previews-and-reviews/reviews/ )