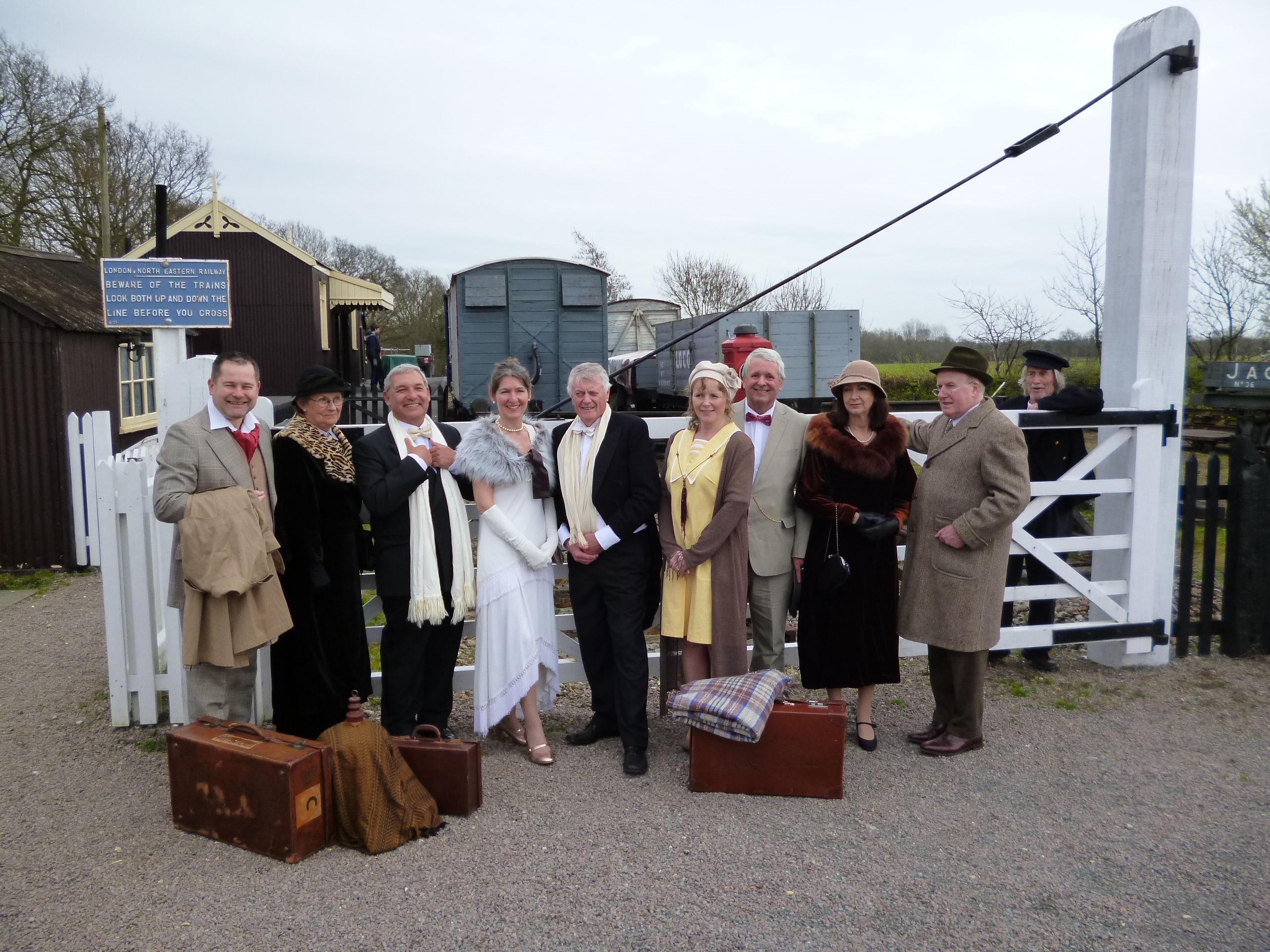 Although I always enjoy meeting up with the FADS team I must admit the play they had chosen for their spring production didn’t really inspire me. Written in 1923, it has been staged thousands of times and I had seen it performed professionally and by amateurs.  Unless FADS Director, Anthony Lawrence, had completely rethought the production and used projection, unusual staging or something, what could yet another Ghost Train possibly offer an audience that they hadn’t seen before?

Whether it was the familiarity of the play or that people just like the idea being scared, the appeal of Ghost Train was obvious by a near sell-out audience.  On stage, the set was impressively realistic. Designed and built by Glynn McKay, it was at a slight angle to the audience, the waiting room of the run-down 1930’s railway station with its stained oak floor, wooden chairs, table and benches, heater billowing smoke, and stained walls and ceiling. The first hint of a technically outstanding production was the real rain that battered the windows and the dripping downpipe, water splashing into the water-butt,  that continued throughout the play.

Six fashionably  dressed passengers, including  a pair of newly- weds  (played by Claire Harries and Peter Turner), bird-cage carrying spinster (Carolyn Baird) and bickering married couple (Ros Johnson and Ian Baird) were  forced to spend a night  in the closed station building in Cornwall after one of them, the irritating Bertie Wooster-cum- Toad of Toad Hall buffoon, Teddy Deaken ( played perfectly  by Mark Watts) pulled the communication chord to rescue his hat, blown from the carriage window of their steam train.  With little choice, they ignored the warnings of station-master (Rufus Plummer) of the legend of a mysterious ghost train that brought death to those who saw it, and settled down for the night.  A disappearing dead body, and the arrival of an hysterical debutant and her brother (Kathy Churchill and Tim Podd) with an inept doctor (Brian Cook) increased the tension as the station bell rang to warn of the arrival of the ghost train…

The end of the second act was a triumph for the technical team as the steam train roared through the station and was seen through the windows of the locked waiting room in a cloud of smoke, blazing lights and deafening sound effects.

Eventually the truth behind the ghost train is revealed and through no fault of FADS (as I remember thinking the same when I saw a professional production of Ghost Train), it all goes a little flat. However good the actors, if the special effects are as good as they can be, Act Three is a bit of an anti-climax!

The audience left Framlingham College thoroughly satisfied at being scared silly… and I reflected that some plays are better for being handled in a traditional way, as the writer intended.  Congratulations to the backstage team, especially Maurice Gifford, Tom Howard and Emma Harry. The FADS actors were very good but, as the Lighting and Sound team, you were the real stars!

This review also appears on  www.onesuffolk.co.uk.