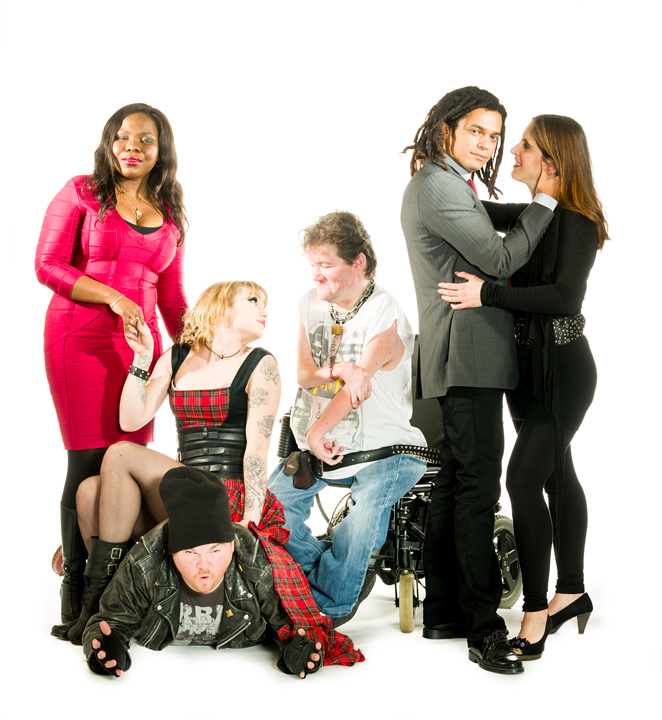 When you are still thinking about a night at the theatre several days later, it is a sure sign that it must have been a pretty special production.

Initially it didn't sound promising: a musical that had only one song that was familiar enough to sing along to, written by German dramatist Bertolt Brecht and composer Kurt Weill in 1938. However four of the country’s most innovative  theatres (Birmingham Repertory Theatre, Nottingham Playhouse, West Yorkshire Playhouse and the New Wolsey Theatre, Ipswich)  have combined to create a version of The Three Penny Opera that is so 21st century that it blows you away.

Britain has a proud reputation for inclusivity (think London Paralympics 2012) and many of the actor/musicians in the cast at the New Wolsey Theatre in Ipswich not only have an assortment of physical disabilities, but proudly laugh, sing and shout their confidence and pride in their own abilities. Within minutes you forget that a cast member may have a missing arm, are blind, deaf or use a wheelchair user. You just find yourself laughing with them as they immerse you in the lives of the beggars, conmen and street people who are making the most of the illegal opportunities offered by crowds coming to London for the coronation of Prince Charles.

Many theatres have, for years, offered facilities for those with disabilities – a hearing loop system, surtitles or sign language interpreters on the side of the stage for special performances. The Three Penny Opera throws that concept out of the window. Here the sign language interpreter is one of the cast and the surtitles are high above the stage and sometimes on-stage as part of the scenery.

On opening night the audience were an intriguing mix of regular theatre goers, teenagers studying the play, and people from a local homeless shelter, (for whom the ripe language and references to corruption in authority really struck a chord, making them gasp, snort and laugh in amazement).