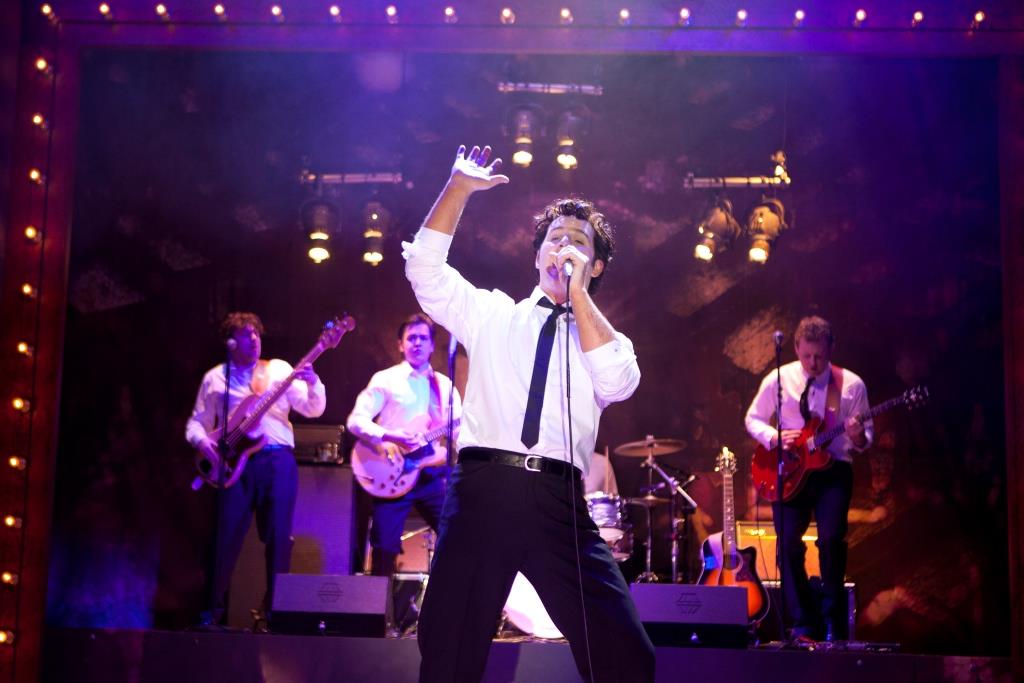 Review of Tom! at the New Wolsey Theatre

What did I know about Tom Jones life? Very little, before I went to see Tom!  at the New Wolsey Theatre.  The Welsh company Theatr na nOg’s play was a perfect production to bring to Ipswich, to the theatre that is increasingly making actor/musician shows their speciality.

I now know that Tom Jones (played by Kit Orton, who has a powerful voice and thrusting, swivelling hips so convincingly that any Tom Jones fans will be happy) began singing in a bar in his Welsh town of Pontypridd,  while working as a builder.  He married his pregnant sixteen year old ever- patient wife Linda (Elin Phillips)who was the one who encouraged him and his band Tommy Scott and the Senators,  to try their luck in London and who then continued to support him through lean times and through his well-documented  sexual  adventures with his adoring fans.

The production ends as Tom finds fame and fortune, minus his band friends, with a hit song that he initially recorded as a demo tape for Sandie Shaw.  The song? It’s Not Unusual….

With a strong cast and simple staging that used gauze  screens and lighting to good effect, it was when the rock started that the production had the audience, who up till then had quietly watched as they followed the story, bopping in their seats.   By the encore, (a parade of Tom Jones hits with all ten of the cast playing and singing), we were up in our seats, dancing and cheering.

One thing would improve the show: a few of the women on the front row throwing their underwear at “Tom”… Kit deserved it!