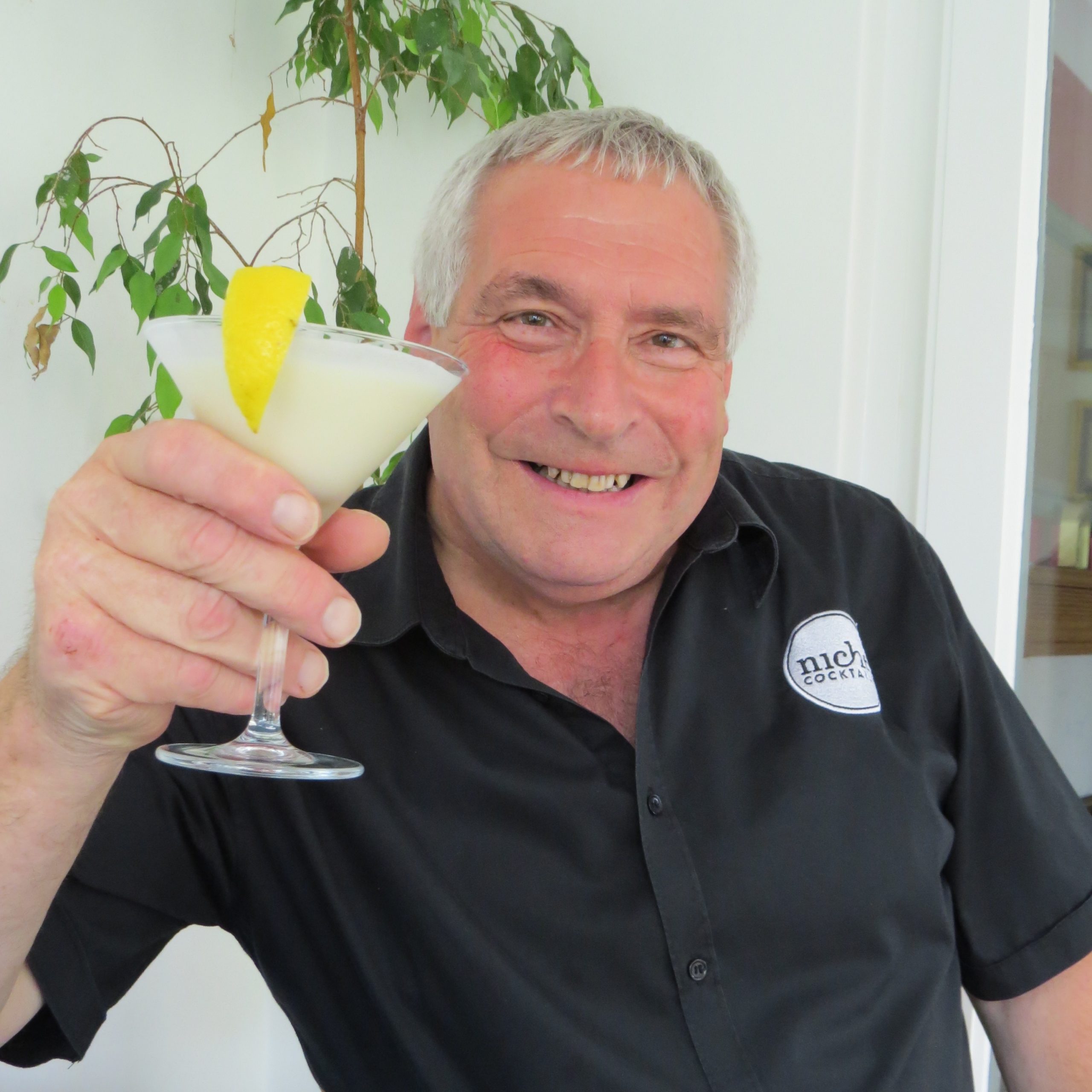 Think of cocktails and you may get the image of James Bond and his martinis or the Great Gatsby, flappers and the Charleston. With names like “Taquila Sunrise” and “Sex on the Beach” cocktails in the 21st century conjure up glamorous red carpet parties, riotous hen-nights or the world of luxury cruise-ships.

One man has made it his mission to spread his knowledge of cocktail making across Suffolk, Norfolk and beyond, with original recipes created for special celebrations and corporate events. The award-winning mobile cocktail company, Niche Cocktails, was created in 2013 by Bob Scott, using the bottles of spirits and mixers that he had collected in his work running an overseas property company,

“Every trip we went on, we would bring back some spirits as they are much cheaper abroad,” Bob explained. “I would look at some cocktail recipes and think I could do better than that and make them for family and friends. Using unusual spirits you get a much better flavour than you'd get using supermarket drinks you can buy here.”

Then Bob had the idea of making his hobby into a business and Niche Cocktails was born. From providing the cocktails for weddings and parties, Bob is increasingly asked to create cocktails for companies when they are holding a special event such as a product launch,

“A business can have a cocktail that is unique to them and they can talk about and  show off. Branding is very important in this day and age, how unique to have a cocktail in your own company colours. I have created cocktails for an Ipswich beauty salon, a well known travel company and progressing a cocktail for the launch of a new car”.

Bob uses the corporate colours of the company for the inspiration for the recipe he creates, although a couple can cause problems,

“Grey is very difficult to do as is black or white. For grey it is hard to get a subtle tone and it is easy to overdo it and make it too dark… and there aren't many white drinks. I tend to add cream as that makes it whiter.”

In my kitchen we are making a white cocktail with vodka, a white Caribbean rum with coconut flavour (such as Malibu) a lemon flavoured citrus vodka, lemoncello and a vanilla liqueur.

“The problem is that most of the vanilla liquors are yellow, so I use a beautiful Italian vanilla liqueur, “ Bob explains proudly as he unpacks his collection of bottles, glasses, a cocktail shaker, some ice and a measure.

“ Any container with a lid will do as a shaker. It doesn't matter what measure you use as long as you are consistent. It could be a spoon or an egg cup . Always use a measure and don't just pour it in. If you don't like the taste of what you have made it is easier to adjust the amounts if you have used a measure.”

Bob explained the importance of shaking the alcohol and the ice

“The reason that a cocktail is shaken (and not stirred) is to make sure that the spirits are really cold – not to mix them. At the functions I go to I do the shaking but not the throwing the mixer in the air, as you sometimes see.  That is done by someone called a “flair artist”  and is great entertainment but he would make one or two of those…. whilst some-one round the back were making the rest!.

As Bob began making Suffolk Norfolk Snowflake, the ice was the first thing into the shaker followed by his chosen ingredients and then, with a swirl of lemon and a slice to decorate the glass, “Suffolk Norfolk Snow” was ready for tasting. I was official taster!

First it was the rum that hit the palate, then the flavours of the lemon came through…it was delicious and, slightly dangerously, didn't actually taste too alcoholic!

“ Just wait, laughed Bob. “In two minutes you will tasting it forever, it is one of those drinks where the flavour develops in your palate.”

This was a cocktail with a kick and at 3.15 in the afternoon it felt rather decadent to be drinking it – but perhaps that is the point of a cocktail!

As well as his special creations Bob also goes to speak to groups  to  inspire those attending to try cocktails – and to then create their own.

Bob’s favourite cocktail is a “Mai Tai “made from light and dark Caribbean rums but the most popular cocktails at events are Cosmopolitans, he thinks because of their association with the TV programme Sex in the City. Of course Bob also makes  are mocktails (non alcoholic cocktails) such as “Summer time special” using juiced watermelon, pineapple, orange and lemon. It is important for Bob to include Mocktails as, at most events,  there will be about 25% of people who are either the designated driver, or who can’t drink alcohol for some reason.

At the December meeting of the Ipswich and Suffolk Small Business Association (ISSBA), Bob will show the members how to make cocktails  and cocktails and will create an original cocktail for ISSBA.

A member of ISSBA, it was at the Anglian Business Exhibition that they organise, that Niche Cocktails was  awarded a first place (2013) and a second place (2014) award for the best stand, something that Bob is very proud of,

“In 2013 we had only just launched and it was the first time I had gone public so was thrilled to win the award at The Suffolk Business Exhibition (as it was then called). It was a lot of work but we made it thanks to a lot of help from a lot of people.”

Bob has had a very successful first eighteen months in business, what are the highlights that stand out for him, apart from winning the award?

“One hen party I did recently made me feel my age …as they had a butler in the buff! “ he laughed ruefully. “He was just wearing an apron and served the drinks as I made the cocktails.”

So did Bob join in and strip off?

“No! I couldn't compete with a twenty three year old…..”

Put ice into shaker then add:

One measure of coconut rum liqueur

One measure of lemoncello

One measure of clear vanilla liquor

Two measures of cream (any sort)

Shake well to ensure the cocktail is cold.

pour into glasses and decorate with a slice of lemon and a swirl of lemon peel.

This article was first published in the December 2014 edition of Suffolk Norfolk Life magazine.