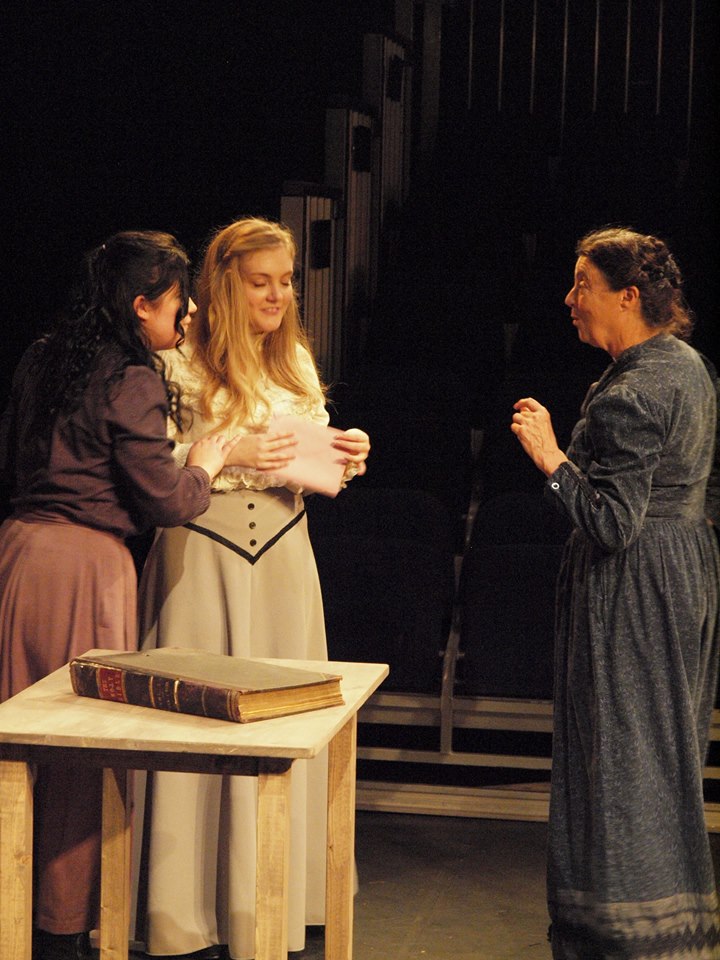 REVIEW: Far from the Madding Crowd by Thomas Hardy (adapted by Jessica Swale)

REVIEW: Far from the Madding Crowd by Thomas Hardy (adapted by Jessica Swale)

The story of a proud, independent and confident female, written in 1874, kept the audience in rapt attention when staged by the Gallery Players. The audience were seated on two opposite sides, so were at the heart of the action, totally involved through the many different scenes as Bathsheba Everdene (played by Leanne Wilcox) coped with running her inherited farm and the major distractions of three men who wanted to marry her.

The Gallery Players have an enviable reputation and attract some of the best amateur actors in the area, and, directed with imagination by Helen Clarke, the cast of thirteen did not disappoint with their acting, singing, and dancing, some also playing guitar, violin, recorder etc, performing the atmospheric music and songs, some of which were original compositions by Felixstowe musician, Emily Bennett.

The leading characters were well-supported by other cast members, and the cook Mary-Ann, (Jenny Horn), the maid Liddy Smallbury (Charlotte Deverell) and Bathsheba worked particularly well together, providing much of the comedy in a play with death, murder and possible suicide!

At three hours, the play could do with some cutting, although the numerous scenes moved fast and never dragged – there was just a lot to get in! Occasionally some of the rural accents were also hard to understand, especially when against background music or sound effects. The costumes, simple but effective staging, and authentic 19th century tools were outstanding – I even checked the programme to see if they had raided the Museum of East Anglian Life!

A special mention must be given to the farm animals – puppets of a sheepdog, sheep and lamb. War-Horse led the way with the use of a visible puppeteer and Jep the sheepdog, soon became a character in his own right, his “handler” Wade Ablitt, forgotten.

This is a play that had the audience gripped and wanting to shout out to Bathsheba, telling her which suitor is the obvious one for her lasting happiness. A late night, but one that was very much worth it.