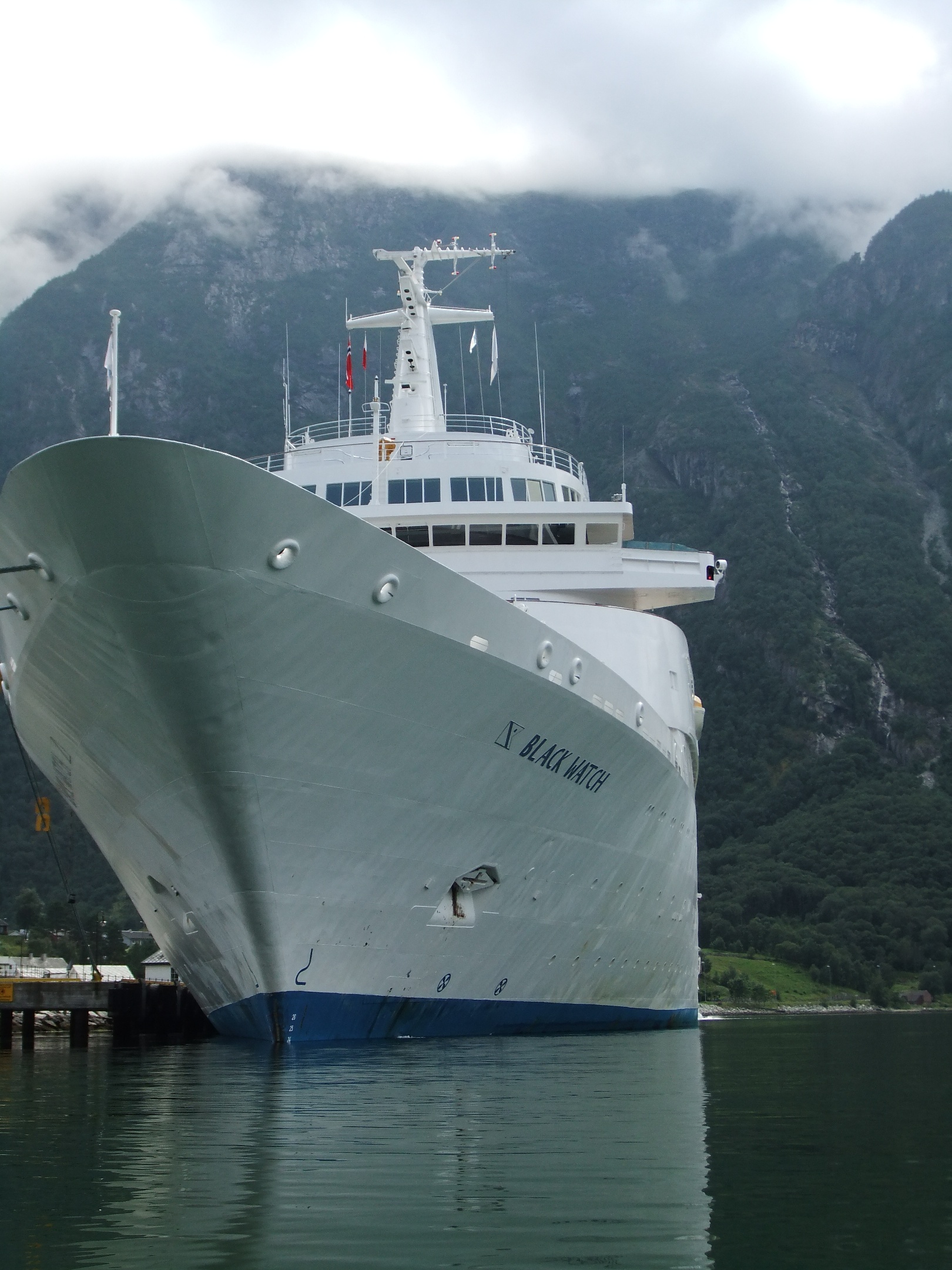 To be on a cruise ship en-route to a Caribbean island, a Mediterranean port or a Norwegian fjord and have the address on the reverse of your cabin key-ring to be “Ipswich, Suffolk”, is a slightly surreal experience!

How did a cruise line with such a strong Norwegian heritage come to be based in Suffolk? The best person to tell me was Nigel Lingard who began his shipping career in Suffolk in 1978 with DFDS, and is retiring from Fred. Olsen Cruises this November,

“I have been working fulltime for 40 years, 23 of those with Fred. Olsen and I have decided it is time for some new challenges and a bit more free time”, explained Nigel. “It was a big decision as this is the sort of job many people would die for – a job where you get paid to travel the world”.

In the 1980’s the total number of people from the UK going on cruises was 100,000 a year and Fred. Olsen alone now carries that number on their four ships. Then they had one ship, the Black Prince which, in summer, was the ferry to Norway.

Fred. Olsen is a family-run company involved now in much more than their four cruise ships, but how did their cruise headquarters come to be in Suffolk?

“The Olsen family had trading connections with Britain since the 1840’s and the company had their headquarters in London for one hundred years. By the late 1980’s the company’s primary interests were passenger ships from Harwich and cargo ships from Felixstowe and logic said the best place for a headquarters would be Ipswich, but then, within a few years, we had sold both the Harwich and Felixstowe companies!” laughed Nigel. “We have over 200 people working in Suffolk, in this company and Fred. Olsen travel agents, which is also based here.”

In his time with the company Nigel has travelled on cruises all around the world, many on Fred. Olsen’s rival ships. What is his favourite cruise?

“There is something magical about going to Norway,” he decided, although slightly reluctant to choose. “To be on a Norwegian ship, with a Norwegian captain, on the fjords – they feel very at home there.”

However many times you are told that a company is special because of the personal service, magical atmosphere or that they are the leaders in repeat business, with 50-80% on board having cruised with Fred. Olsen before, there is only one way to confirm that this popularity is justified: to experience a cruise oneself.

Read the full article in the November edition of Suffolk Norfolk Life.