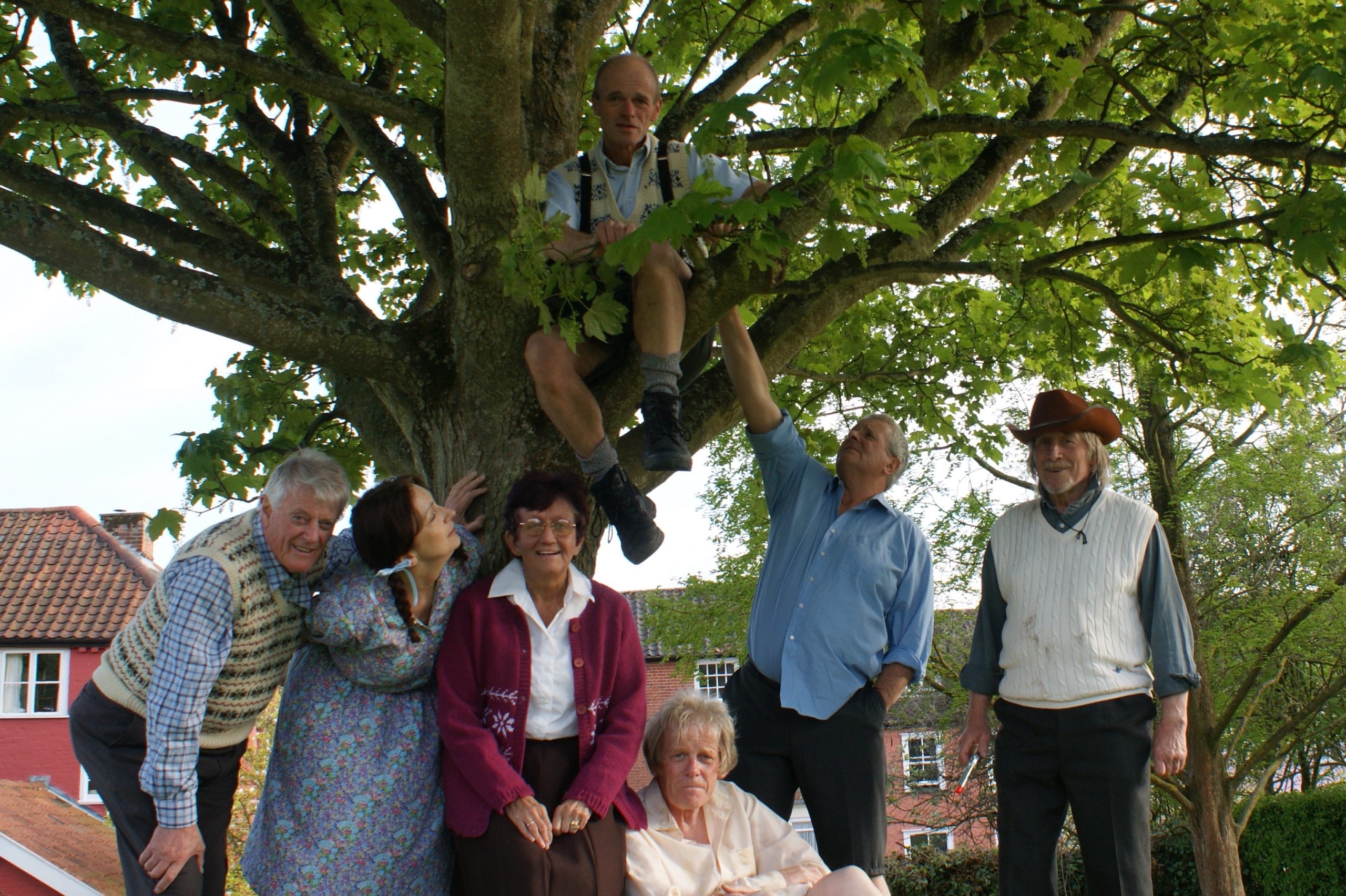 How dramatically childhood has changed in just a couple of generations! Can you imagine seven children in 2013 playing together without a computer game, mobile phone or reference to a TV programme or celebrity? What children would now be allowed to play in woods, unaccompanied by an adult, and armed with catapults, matches and knives? (One audience member told me that anyone aged around 20 would need an older interpreter accompanying them, to explain that life really was like this for their grandparents.)

This play, by Dennis Potter, set in wartime Britain, will make most over-fifties sigh with nostalgia at the cowboy hats and guns, ankle socks, pigtails, dirty faces and knees…… but there is a darker side to childhood. The cruelty of a squirrel attack, the taunting of a stammering friend, casual acceptance of domestic violence, the bullying of a traumatised child…. Adults tend to recall only the happier times.

This is not an easy play to perform convincingly. Dennis Potter insists that the children are played by adults, so the actors have to adopt the mannerisms and speaking style of ten year olds. In the wrong hands, this play could be an excruciating embarrassment to watch. Luckily FADS director, Tony Lawrence, has worked hard with the excellent cast and very quickly the audience forgets these are really fifty or sixty year olds, and we become caught up in the children’s imaginations, squabbles, jokes and fears. (Apparently, to loosen everyone’s inhibitions, Tony began each rehearsal with children’s games such as Musical Chairs.)

The boys, Willie (Brian Cook), Peter (Glenn Hurlock), and John (Peter Turner) fight, loll on the grass, make extravagant boasts, get fits of the giggles over silly jokes and jostle to be leader or the gang. Stammering Raymond (Rufus Plummer) the ineffective conscience of the children, is tolerated or ridiculed as he struggles to keep up. The girls, Angela (Ros Johnson) and Audrey (Barbra Hurlock), play with their doll’s pram, spar with the boys and are equally cruel in their own way when the children gang up on Donald Duck, (Tony Lawrence) the traumatised loner who is abused by his mother and longs for his father to return from the Far East, where he is a Prisoner of War.

The play, often very funny, ends in tragedy as Donald and his matches, is shut in a barn by the children ….and they then realise what they have done.

This play worked because of a talented team both on stage and behind the scenes, with staging, sound track and special effects of a professional standard.

Favourite moments for me were the little touches that reminded me so much of children: Audrey twisting her cardigan behind her back or the boys fighting on the ground with the other children egging them on. (One of the actors told me that, in all his years in the drama group, he had never enjoyed rehearsing a play so much).

This was a very successful departure from FADS usual choice of plays and will be a hard act to follow.

(this review first appeared on http://www.onesuffolk.net/home/previews-and-reviews/reviews)