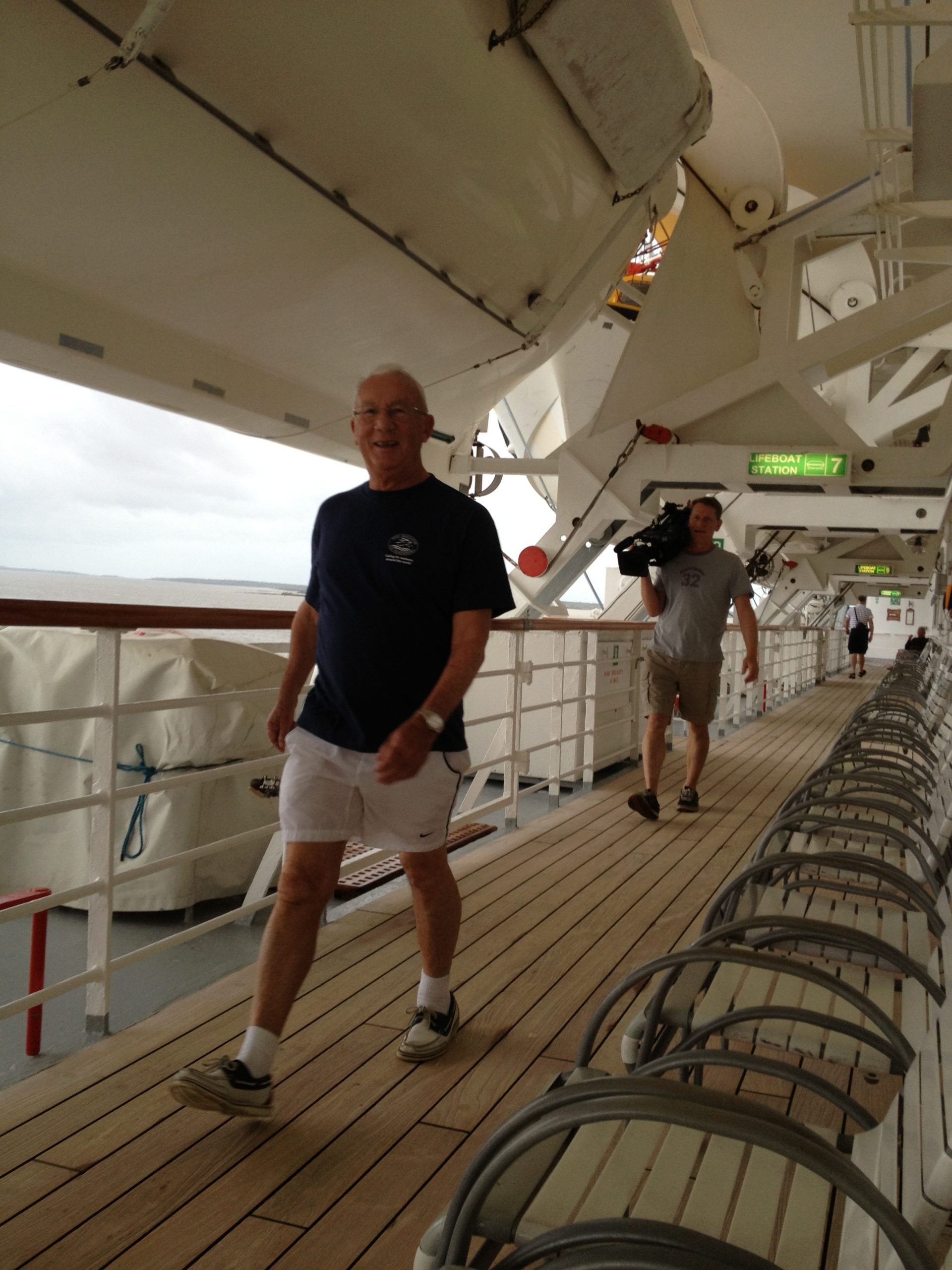 Behind the Scenes….at “The Cruise: a Life at Sea”.

How does a Suffolk-based cruise company react when the BBC asks if they can film a TV series about the chaplain on a round-the-world voyage? With mixed feelings?

"We were very excited to undertake our most ambitious filming project with the BBC earlier this year, said Nathan Philpot, Sales and Marketing Director for Fred. Olsen Cruise Lines, “and we hope that it will give viewers a real flavour of life on board with Fred. Olsen, and the valuable role that the Chaplain plays during a cruise.”

The BBC’s Religious and Ethics department had already broadcast programmes about clergymen who worked in the countryside, the seaside and on islands, in its popular ‘Island Parish’ series, so a floating parish was an inspired next step.

Fred. Olsen ships have a chaplain on board for all of their ‘Grand Voyages’, the longer cruises they offer. The 2013 ‘Round the World’ cruise would last four months – its longest ever – travel 33,000 miles and stop at 33 ports of call on her trip around the globe.

When did Rev Colin Still know he was to be the subject of a television series?

“It was last June when I was asked to do the cruise,” he explained, “but it was only in July that the BBC approached The Mission to Seafarers about doing the programmes. My first reaction was ‘not on your life’, but when I thought  and prayed about it, I realised it was an opportunity to highlight the role of a chaplain on board, with the hope that more cruise lines would realise the important part they have to play.”

On board Balmoral were to be 1,700 passengers and crew and the filming of the chaplain would have to fit in with his work, that of the crew members, whilst not encroaching upon the enjoyment of any passengers who had paid for their holiday of a lifetime.