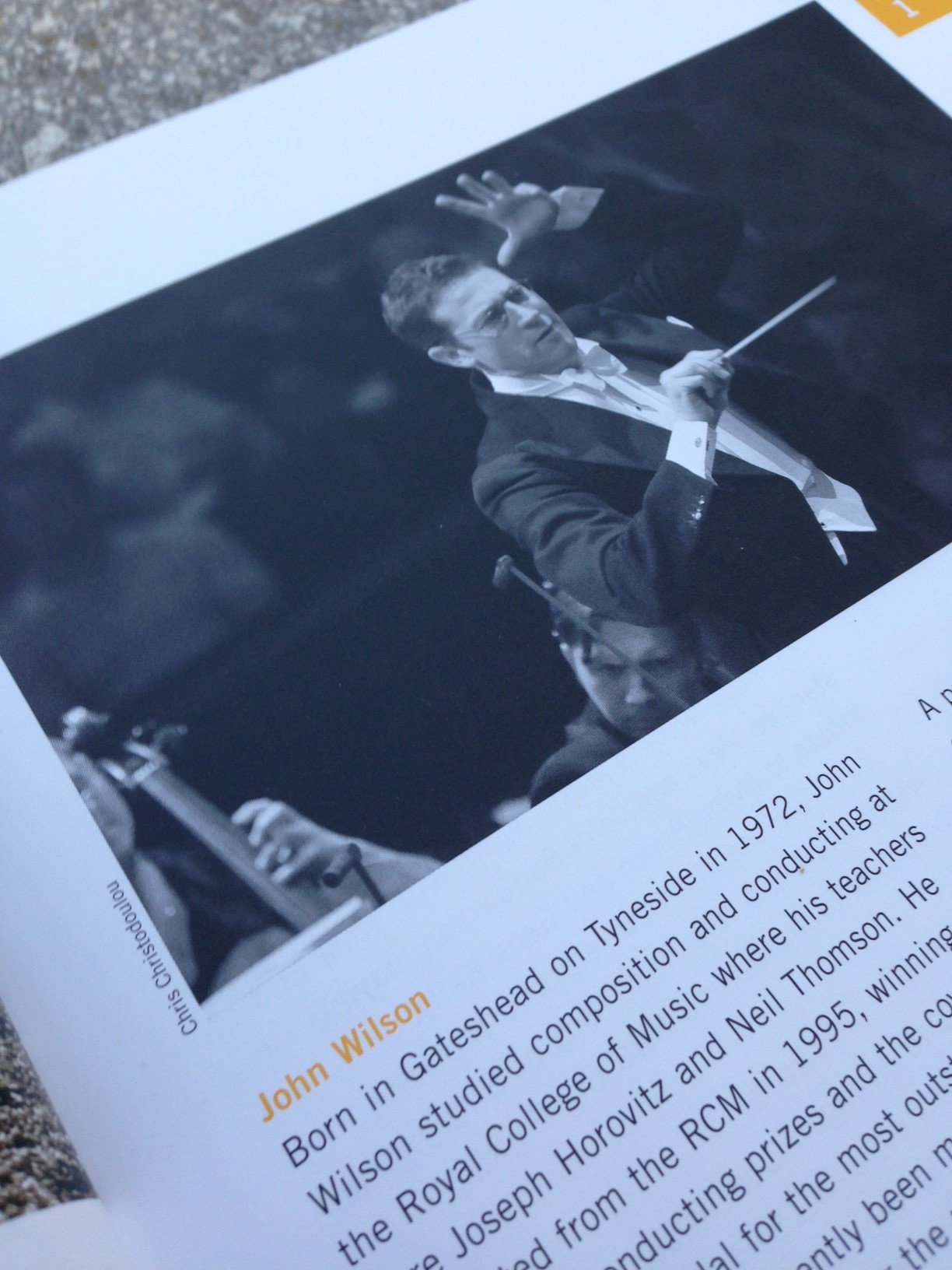 It was the hottest evening of the summer so far with the temperatures outside Snape Maltings Concert Hall over 30 degrees. Inside it was about to get hotter, with the opening of Snape Proms 2013, featuring the best orchestra playing  non-classical music that I have ever heard;

In the jam-packed hall expectations were high as the John Wilson Orchestra tuned up for Celebrating Sinatra, with Matthew Ford taking the role of Ol’ Blue Eyes himself. Some, like me, were there especially for the orchestra, having heard them perform MGM film music and Rogers and Hammerstein songs at previous Snape Proms.  Others present were fans of Sinatra and his music. None were to be disappointed in this happy, swinging evening of music.

Even when mopping their brows and sipping water, this has to be the happiest group of musicians, beaming as they play and obviously enjoying listening to other sections of the orchestra when it was not their turn to lead the rhythm.  (Why are most classical orchestras so serious all the time?)

This joy in the music they perform must come from their conductor, as John Wilson wields his baton with casual and understated charm. With his swaying hips, his foot tapping, and a smile on his face, I was as fascinated watching him as listening to the music. He clicks his fingers to count the musicians in, does a sort of quiver with his hands and controls an orchestra of 49 with so little effort – just a point or raise of his long baton to bring the final notes of a song to a spine-tingling crescendo.

Any singer performing the songs of Sinatra has a hard act to follow. Matthew Ford is rightly held as the best big band singer around today and he sung with great confidence and an easy, relaxed style. He also obviously enjoyed singing with such accomplished musicians.

The programme opened, to an explosion of sound, with Let’s face the Music and Dance and ended, twenty one songs later, with New York, New York. The biggest round of applause of the night went to Overture to High Society, one of Frank Sinatra’s films.

I believe everyone should experience a live performance by the John Wilson Orchestra at least once in their lives, especially if film, show or popular music is their favourite musical genre. Be warned though, having heard them once you won’t want to wait to hear them again.