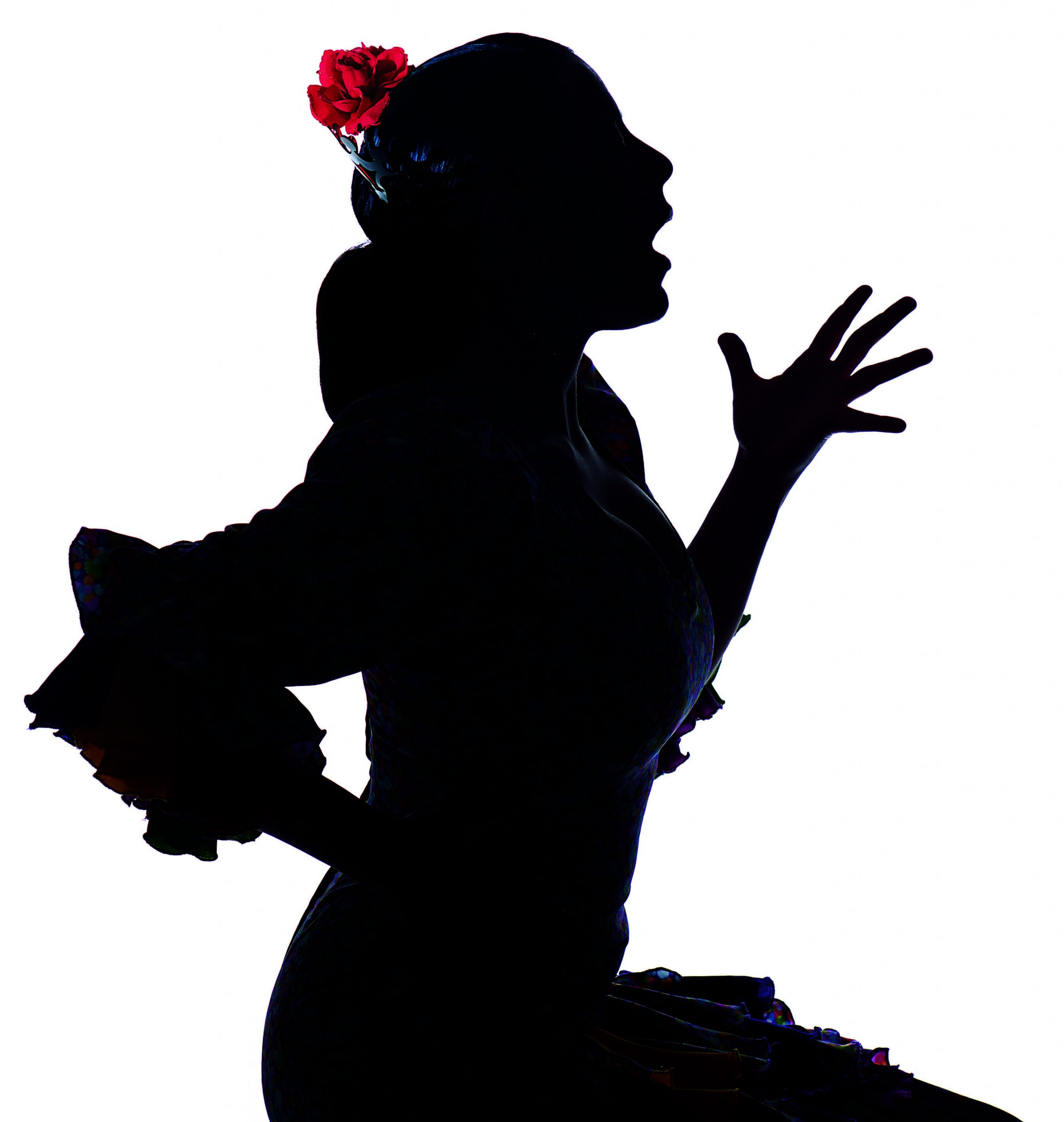 First a confession. I know nothing about the traditions and technicalities of flamenco. The other time I have seen it performed was on a holiday in Seville several years ago. But the movements, stamping, clapping and music (and the heat) all left a huge impression upon me.

The great thing about Snape Proms is that every year Aldeburgh Music brings to Suffolk, as part of the festival, musical genres that may be unfamiliar and give audience members a chance to try out something new.

The temperature in Snape Maltings Concert Hall may have fallen a few degrees, from 30 plus in the opening week of the Proms, but with Jaleo Flamenco’s performance, I was taken straight back to that night in a bar in Seville.

Adolfo Vega, in his black fitted suit and pony tail, postured and danced, a true alpha male, while Ana Maria Blanco and Maria José Leon seemed to have an never -ending selection of fringed shawls and Spanish dresses with skin-tight bodices that ended at the knees and elbows with flounces and frills. Raising their skirts to show the intricacies of their stamping feet, the dancers took turns to dance to the music of guitarists (El Inglés and Carlos Ayala), and the singing of Juan Reina.

Once I realised that every time they paused, with a dramatic flourish in a stationary pose, didn’t mean it was the end of the dance and time to applaud, I could relax and enjoy the spectacle. I also learnt that, much like audience experts in Strictly Come Dancing, who are knowledgeable about the steps and choreography, the audience at Snape were applauding mid-dance any particular displays of expertise from the dancers.

I actually enjoyed the second half of the performance even more than the first, probably as there seemed to be less improvisation and more choreography in the dances performed. (That was also a view I heard echoed by aficionados of flamenco speaking in the bar when the evening ended). I particularly enjoyed the routines that involved more than one dancer, watching them mirror each other’s steps and movements. Another very popular item in the programme was the guitar solo by El Inglés, who also was applauded by the performers and the audience when he was persuaded to try a bit of flamenco dancing.  The clue is in the name…Although he lived, played and taught guitar in Seville, he apparently comes from Yorkshire!

A few questions remain in my mind after the evening of flamenco:

Do their hands ache after a performance, from all the fast clapping?

Do they ever trip over their feet when learning the intricate steps that seem to move faster than the eye can see?

What is it they are saying and calling to each other mid-performance?

Is the Snape concert hall stage reinforced to cope with all the stamping?

Another great experience, thanks to Aldeburgh Music. I am off to look at the cost of flights to Seville. Ole!

This review also appears on http://www.onesuffolk.net/home/previews-and-reviews/reviews