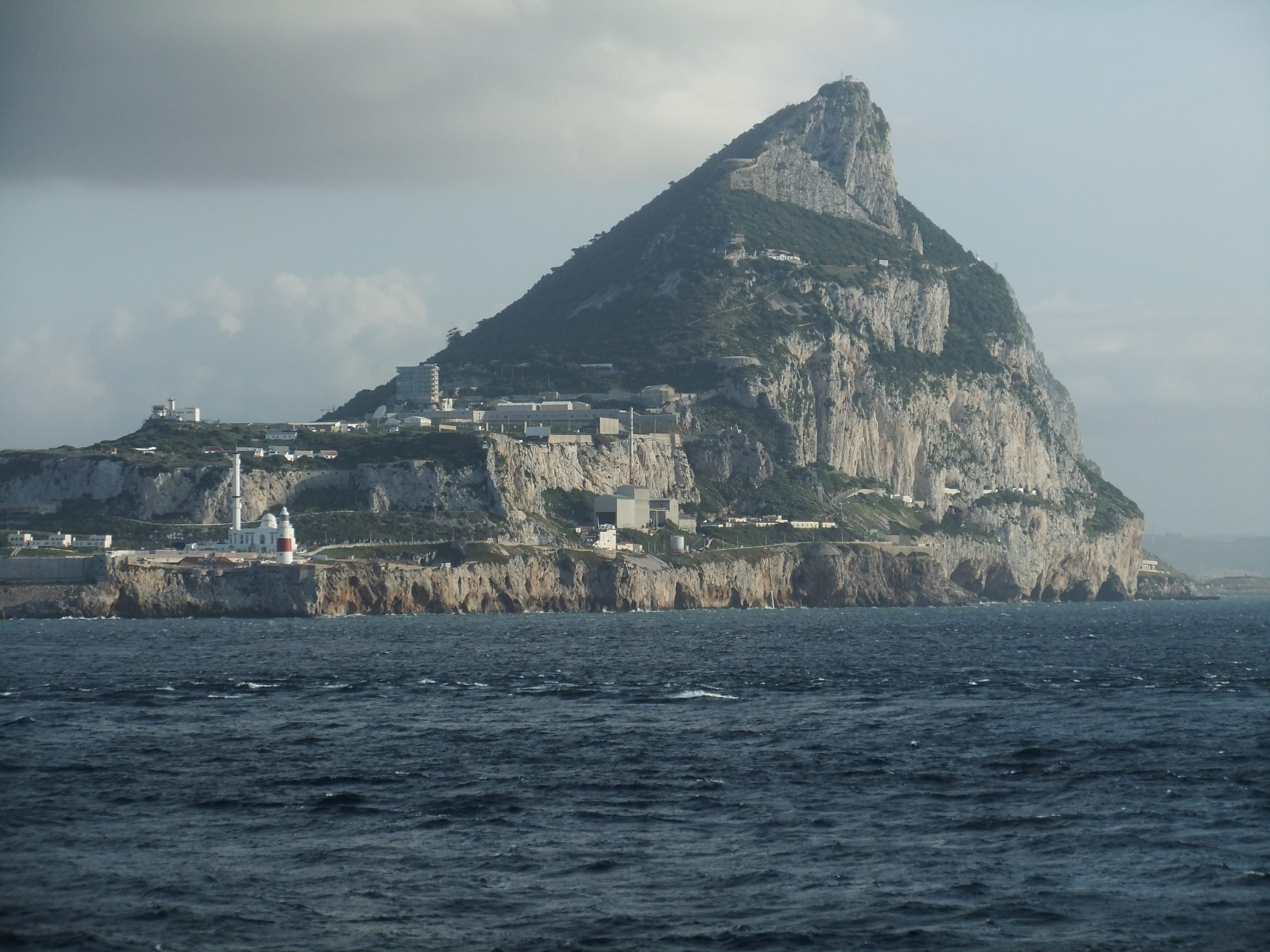 The Rock in the Sea

Most people approach Gibraltar from mainland Spain but with the recent border dispute making that a slow and tedious business, arriving by sea is far easier – and more dramatic. Escorted by leaping dolphins, playing and racing in the wake of your cruise ship, from sixty miles away the enormous rock that is the British territory of Gibraltar, soars up from the sea.

As you get nearer to the Gibraltar Cruise Terminal, the beaches and buildings that cling to the coastline become apparent. Nearer still, you can make out modern hotel blocks, and luxury homes but still it seems amazing that there is enough space for 30,000 residents. Gibraltar covers just 6.5 square metres, one tenth of which is reclaimed land but, according to the official statistics, 11,940,543 people came to visit The Rock, in 2011. (It will be interesting to see how that number alters in the future).

So is there enough to see and do in Gibraltar to make it worth visiting? Although holidaymakers do come for longer visits (there are no direct flights from Norwich International airport so you would have to fly via Amsterdam), many cruise ships call in for a few hours. If you are staying in the Malaga area of Spain you may want to brave any queues and cross over the border to explore. You might, of course, want to climb the steeply-sloping Botanic Gardens or go on a dolphin-watching boat trip, but the shops are the biggest draw for many visitors.

Through the Casement Gates in the city wall, is Main Street, with the bigger shops familiar British brands, (eg, BHS, M&S, and Evans). These are far out-numbered  by the smaller shops selling duty-free goods. When cruise ships are in port, the town centre bustles with strolling holidaymakers buying cigarettes, spirits and well-known brands of perfumes, which are often several pounds cheaper than in the UK.  Reflecting its location at the crossroads of the seas, shops will accept the British pound, the Euro or dollars, but any Gibraltar pounds given in your change are not legal tender in the UK.

The familiar shop names may make you think you are in Norwich or Ipswich – until you look up, above street level. There the pastel colours of the buildings, wooden slatted shutters at the windows, wrought iron balconies, luxuriant flowers and shady palm trees are more reminiscent of other British colonies, such as Bermuda.