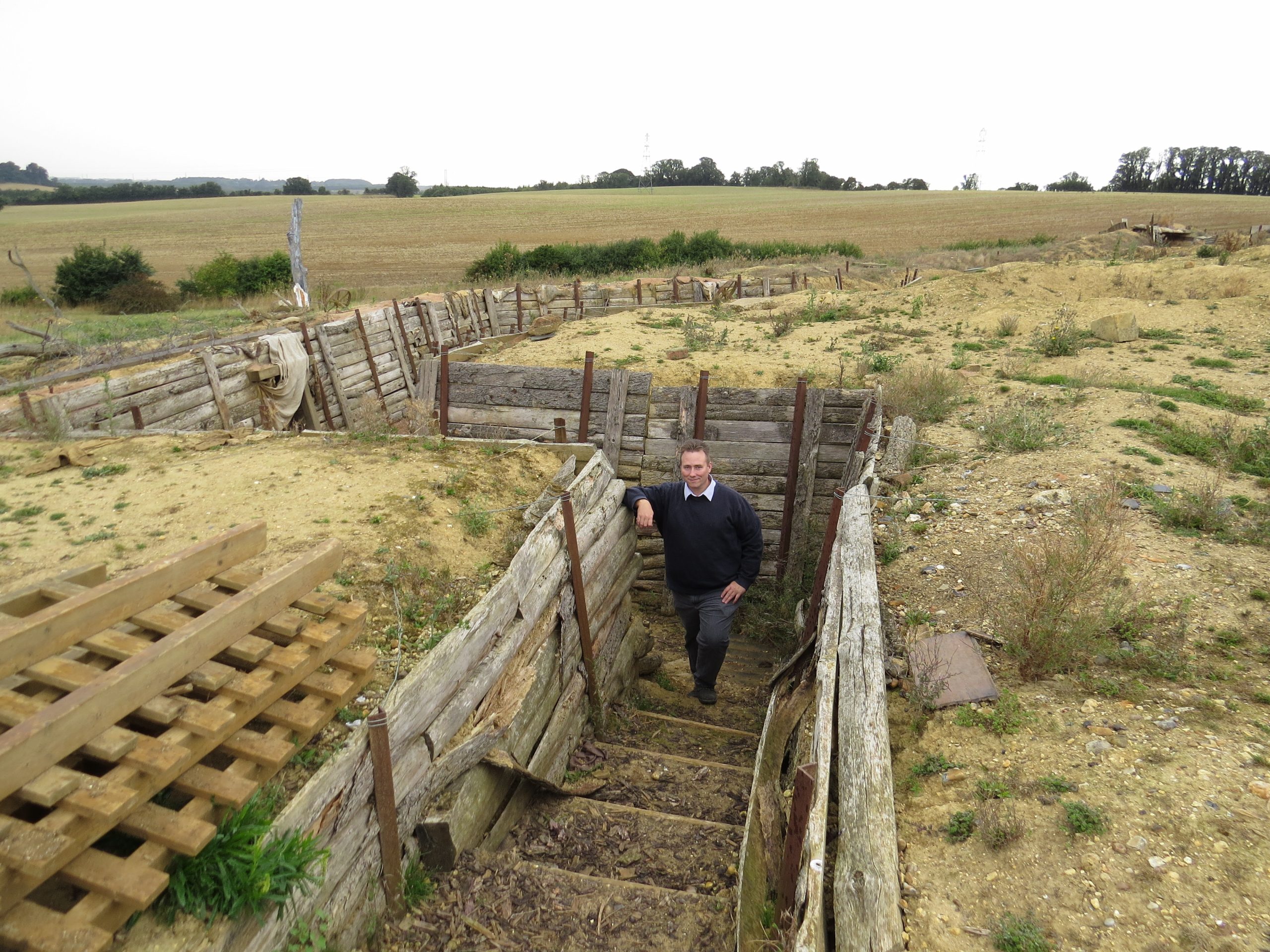 Although it may be nearly one hundred years since the “War to End All Wars” started, through films, songs, poems and novels it seems very familiar.

Many films and television programmes are being made in preparation for the anniversary, in 2014, of the outbreak of war. One Suffolk company has never been busier, providing the uniforms, props and advice to make such programmes as authentic as possible.

“The Brits are way behind the Australians, Canadians and New Zealanders,” explained Taff Gillingham, the co-owner of Khaki Devil. “They have known what they were going to do for the centenary for five or six years. The British have got this hang-up about the First World War and can’t make up their mind whether they should be celebrating it, commemorating it or commiserating…and that is a great shame. In 1914 the German army could put seven and a half million men on the battlefield on day one but the British had just two and a half thousand. In 1914 they fought the Germans to a standstill twice… and just carried on. That is a remarkable story.”

Many scenes of war that have been screened or staged over the past 12 years have used the resources of Khaki Devil, including Downton Abbey (ITV), Blue Peter (BBC), Warhorse, (initially at the National Theatre, London and now for productions across the world) and for the Hovis advert, when a boy runs through history, passing 200 soldiers marching off to war. The Khaki Devil warehouse in Henley, Suffolk, is packed with rails of uniforms, boxes of belts, piles of hats, neatly labelled plastic boxes of regimental badges, and an armoury full of replica weapons. It is easy to understand why everyone from top film makers to local amateur dramatic societies head for the modest headquarters of this growing company.

The business came about by accident. In 1990 Taff set up the Khaki Chums  (officially known as The Association for Military Remembrance) based in Ipswich, Suffolk, and is “Chief Chum”. This group of historians, collectors and authors collect military memorabilia and uniforms and study the day-to-day reality of being voluntary, citizen soldiers. The association recreates wartime experiences and Taff, like his fellow “chums”, often bemoaned the lack of accuracy in the costumes and behaviour of the soldiers portrayed in films and TV programmes. Then came an opportunity…

Read the full article in the Nove,ber 2013 edition of Suffolk Norfolk Life magazine.