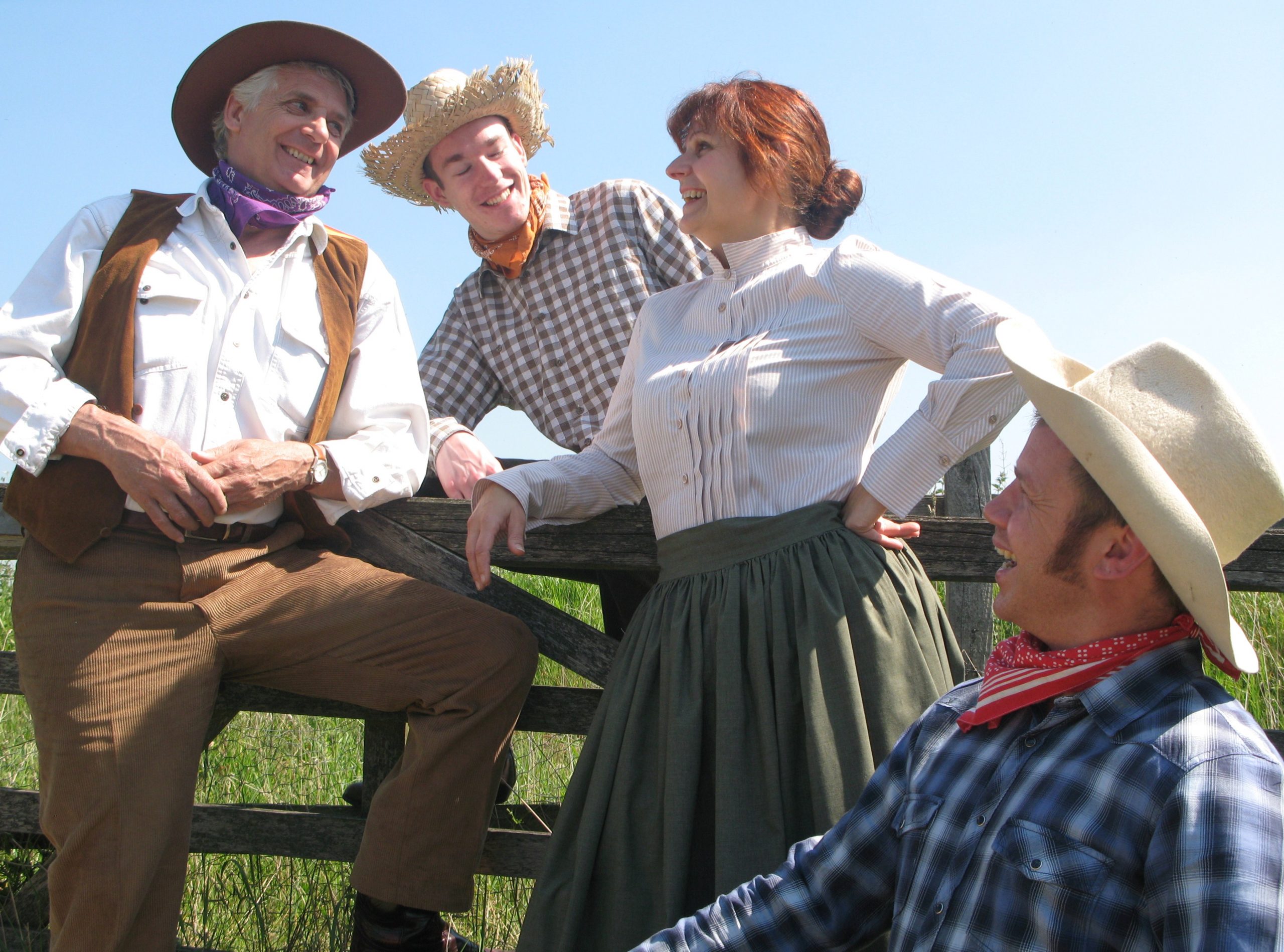 It must be very frustrating  to get yourself a lead role, learn to sing your  songs really well, memorise your many lines and master an accent, only for the show to be stolen by minor characters who are very funny!

Sorry, Gavin Roper ( Curly), Michell Poutney (Laurey)  and Samantha Harvey (Aunt Eller) …. you were good in last night’s opening performance of Oklahoma but the night went to Abbie Noakes (Gertie)  with her terrible laugh, Glen Carle (Ali Hakim) with his impressive kisses, and Emmi-Dawn Garnet (Ado Annie) with the best facial expressions and comic timing I have seen in an am-dram show! I have seen this musical many times but don’t remember laughing as much before. Oklahoma is such a well- known musical it is hard for a director to find a fresh way of producing it, but if comedy was Jo Whelton’s deliberate strategy, it succeeded.

The deceptively simple portable set worked well, and we appreciated the orchestra, hidden in the barn, having their moment on stage when the doors were flung open for the picnic scene. The dream sequence was excellent although I have always thought it was too long – but that is hardly the fault of the performers. Blame Richard Rogers who wrote the music!

Opening night had a few minor hiccups: a misfiring gun, a few inaudible words plus occasions when characters were concentrating so hard on the American accent they forgot they were supposed to act too… but I am sure the Appeal Theatre Group’s latest production will settle down for the rest of the run.

I left the New Wolsey Theatre with a spring in my step, a smile on my face and a song on my lips… you can’t ask much more of a musical, can you?

(This review will also appear on http://www.onesuffolk.net/home/previews-and-reviews)