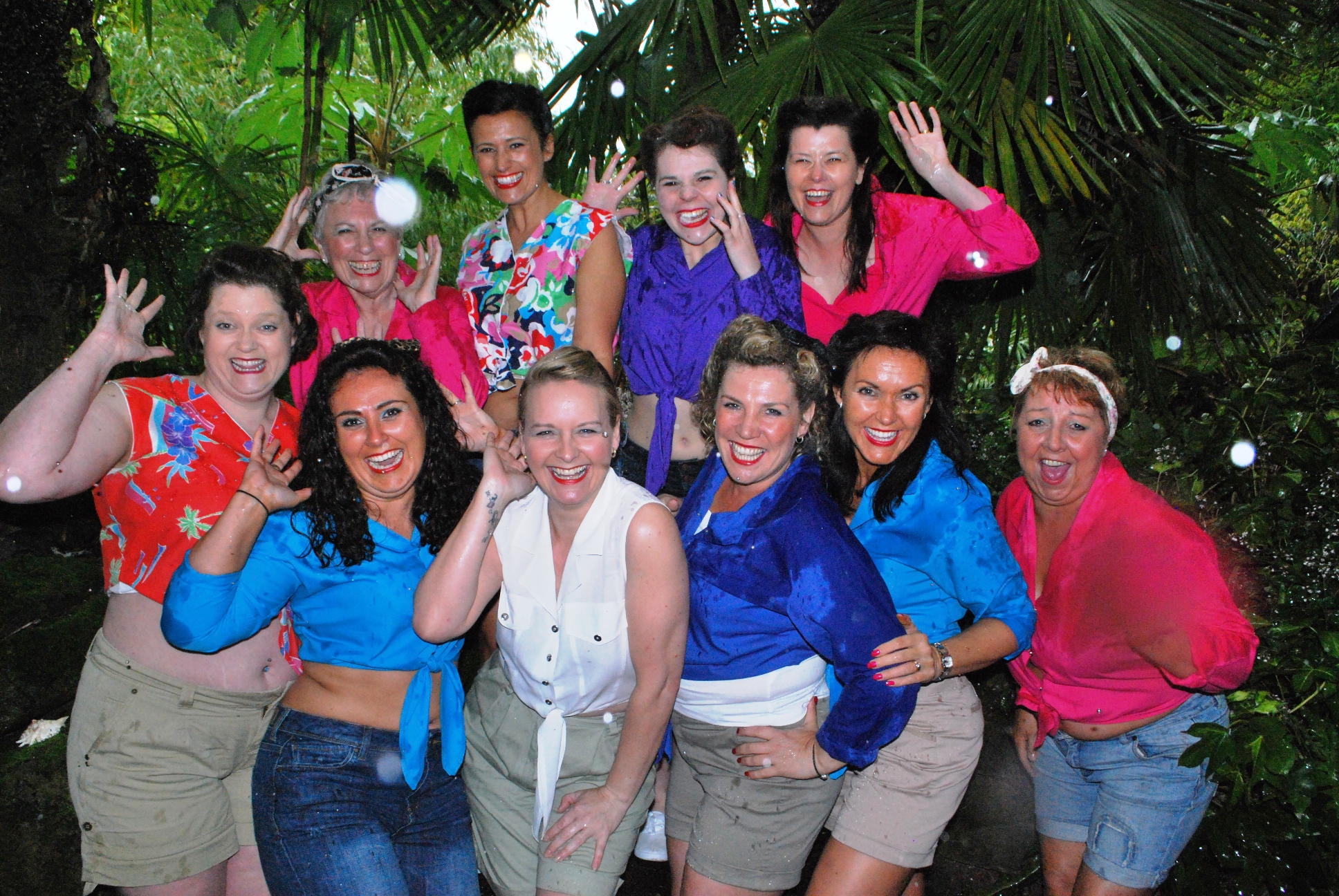 The actors were suitably tanned, the stage was a lovely mix of palms, screens and rattan furniture, and tropical heat was radiating off the stage. South Pacific is a wonderful show and when your principal actors are as good as those in the Company of Four, a production will be a treat.

The chorus of women (the nurses) are varied shapes, sizes and ages but  all have a great sense of rhythm, can sing, act and are confident to appear on stage in shorts.  The men, American troops  based on a South Pacific island, may have been feeling frustrated, by their lack of… well, you can guess what…. but boy could they sing and dance,  (“There is nothing like a dame”) sweeping the audience along in a musical that doesn't have a dud song in it.

Hopefully it was a first night glitch, but the sound levels do need some attention. The amplification was too high for a theatre the size of The Riverside, some of the microphones crackled, and were not switched off when actors were off-stage and the orchestra was at times too loud and so drowned out the words of the actors on stage so that important dialogue was missed.

Back to the good stuff: the principal actors were a real joy. This is a story about life on an island paradise where the American forces are based, waiting for the war against the Japanese to reach them. It involves adventure and love, but also the challenge of living in another culture when your home is small town America where the next city seems like a foreign land and you have grown up with, frankly, racist attitudes.

Nellie Forbush (played by Kerri-Ann Lees) is the nurse who falls in love with a French planter, Emile De Beque (Julian  Illman). Nellie was a ball of energy and fun who led the women with enthusiasm, never faltering in her delivery, with huge stage presence. Whether washing her hair in the shower ("I'm gonna wash that man right out of my hair") or thoughtfully performing a rendition of a “Twin Soliloquy”,  the audience couldn't get enough of Nellie. Emile was suitably handsome, a lovely bass singer and I could have watched and listened to him all night.

If that wasn't talent enough, Bloody Mary (Kathryn Bryant) was loud, funny and sung the best "Bali ha'i" I've heard for many years. Luther Billis (David Crane) and Lt. Joe Cable (Darren Scriven) should also get a special mention, but this was a good ensemble company and I loved the show….but, a warning; take your hankies for the final scene .