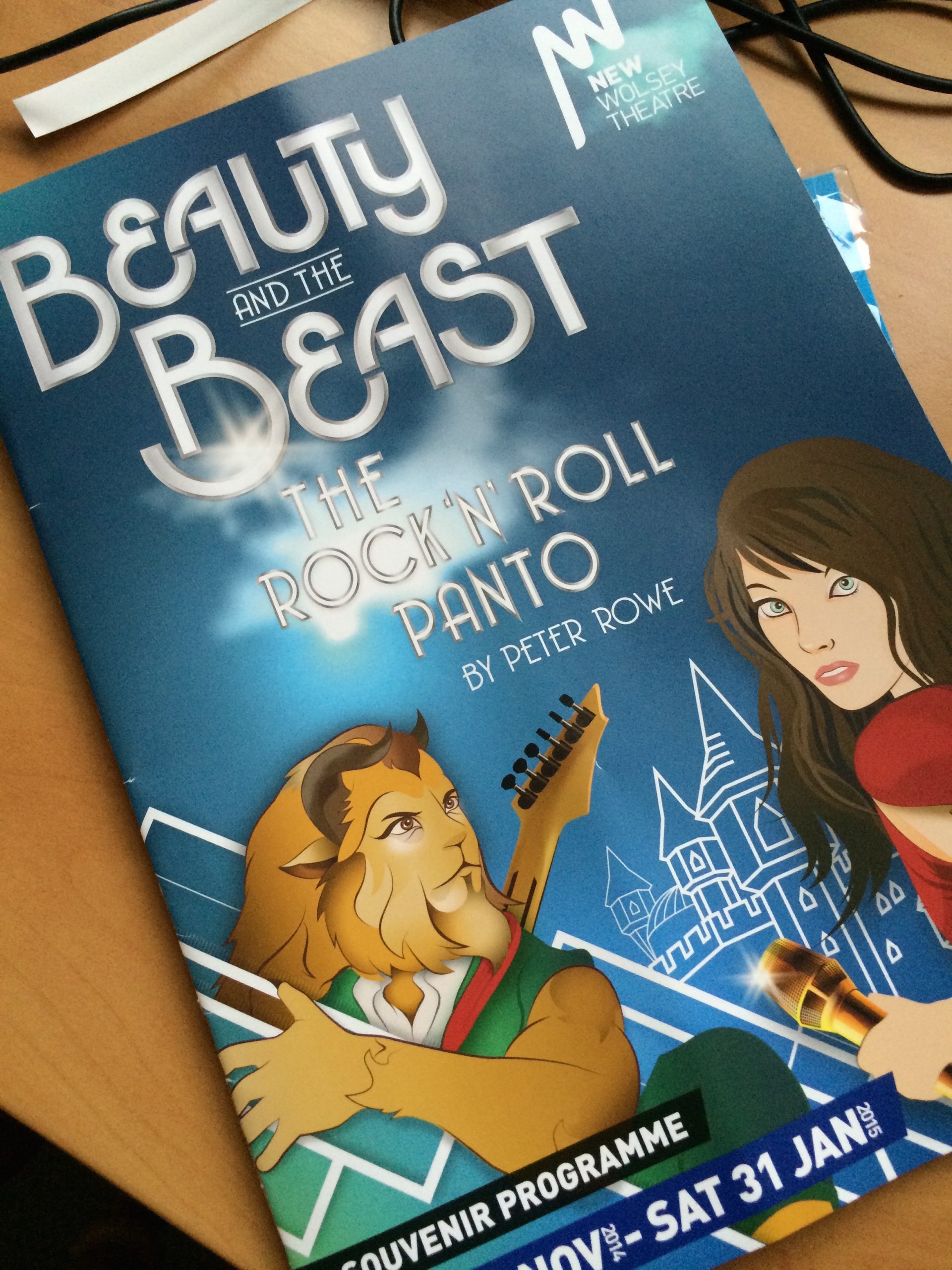 Review of Beauty and the Beast – the Roll ‘n’ Roll Panto

I was a bit worried about going to see the Rock 'n' Roll Panto at the New Wolsey Theatre in January. Previoulsy I had always been when the annual pantomime opens in late November – so would it seem weird, with Christmas references and jokes, when the festivities were all over?

Not a problem. There was nothing said about Christmas, just the usual pantomime-cum-rock gig that we expect from the New Wolsey's expert team. The actor/musicians combined their roles as traditional Pantomime characters with playing their guitars, saxophones, drums etc with barely a pause between. A great set, lighting and costumes and a cast that were obvioulsy enjoying the show they had comfortably settled into, and would be performing until the end of January.

From such a strong cast it is hard to pick out favourites but it was two of the youngest members of the cast that I probably enjoyed the most! The role of innocent "Beauty" was a triumph for newly graduated Lucy Wells and "Desperate Dan" (Matt Jopline) was a one actor I couldnt take my eyes off. His impersonation of a farmyard should be filmed for Youtube!

There are very few tickets left to buy, and a waiting list for returns, but get your name of the list as quickly as you can if you want a great night out that will have to laughing, and up and dancing . Failing that – be sure to make a note in your 2015 diary to book early for next years New Wolsey Rock 'n' Roll Panto!