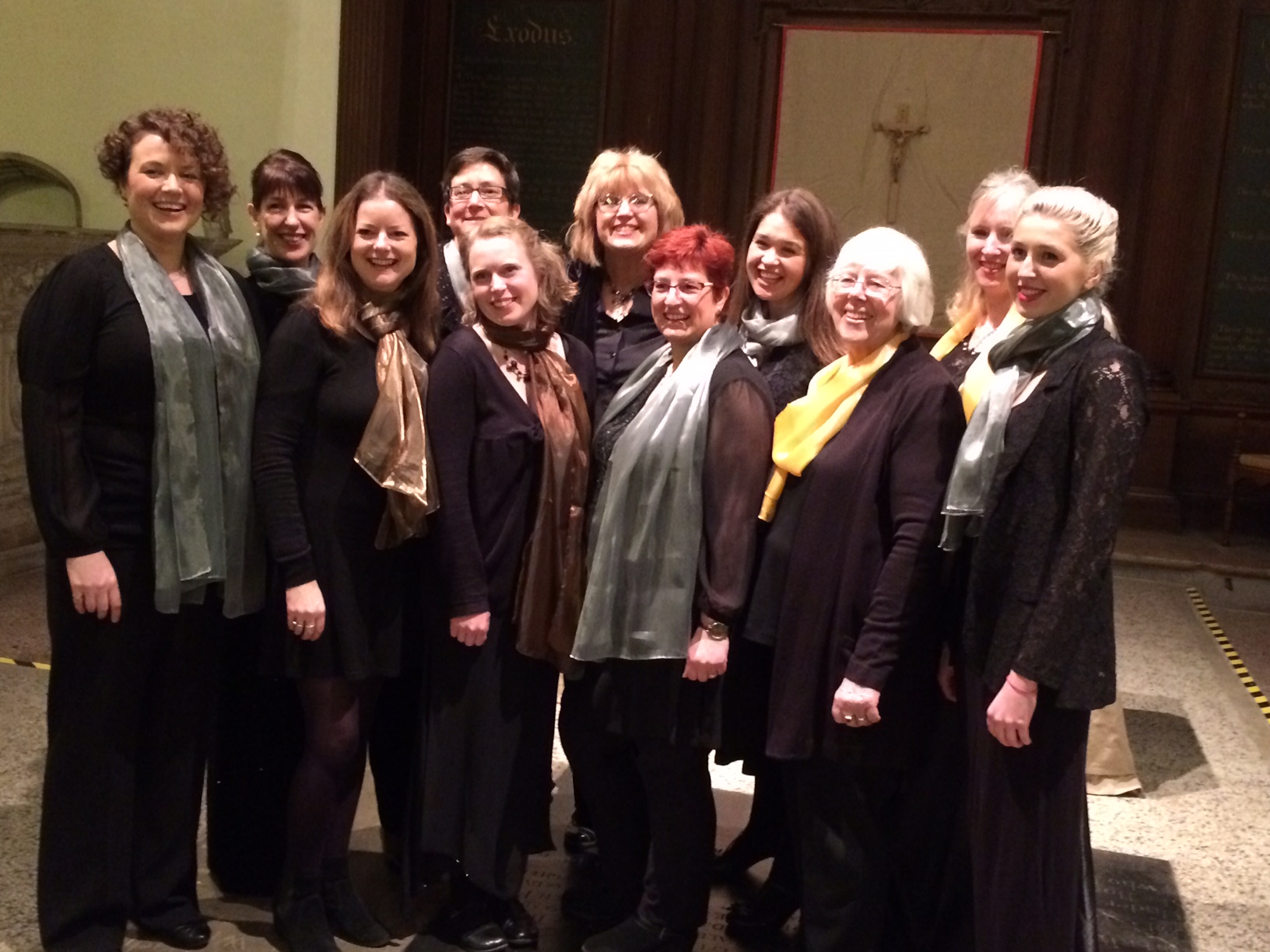 About a year ago a new singing ensemble was formed in Suffolk and last night I got to hear the amazing sound that is Seraphim. Ten women’s voices, each perfectly in tune and each one playing a crucial role in creating a sound unlike anything I have heard before.

The brainchild of Musical Director, Vetta Wise, the handpicked singers that make up Seraphim were performing in St Michael’s church in Framlingham. By moving into different positions in the huge chancel of the church, they made use of the magnificent acoustics to enhance the sound they create, singing music as diverse as 14th century Latin plainsong, some Brahms, Tavener and a lovely arrangement of Swing Low Sweet Chariot (Purcell J Mansfield) in a varied programme.

What makes the unique sound of Seraphim?

“The concept of the group has always been that it is not a choir, so we avoid calling it that if possible!” explained Vetta. “ I suppose it's along the lines of Voces 8, or I Fagiolini, or Solomon's Knot, or Swingle Singers, or some such…. We are really a "solo ensemble" or vocal group".  I think because the sound I try to get is based on using the solo sounds each one has (and each has a different texture and timbre and facility) and the combining and using of them separately and together to suit each piece we do individually.”

Vetta is an internationally renowned conductor and is at the heart of choral music in North Suffolk,

“The  "choirs" I work with are bigger, and I try to get a homogenised overall sound appropriate to the whole work we do… but it's an overall sound, kind of getting a reasonable "common denominator" of shared weaknesses and strengths, which is lovely in itself if it works. With Seraphim I mix and match, and play with different vocal effects that individuals are able to offer, or two or three together, etc. It's such fun, and we work incredibly hard and intensely on the music.”

For this performance Seraphim was joined by Anna Noakes (flute), Gabriella Dall’Olio (harp) and Karen Smith (chamber organ) and, as well as accompanying the singers, Anna and Gabriella also played some Debussy, Boulanger and a new modern piece called Strophe, Antistrophe and Dances by Peter Klatzow, its first UK performance.

The opening of unaccompanied voices singing O Virgo Splendens (that came from almost unseen singers), sent a shiver of expectation up the audience’s collective spines and were a foretaste of the quality of the music to come.

From such a spellbinding concert it is hard to choose highlights but I loved the long-held pure sweet notes of the sopranos in The Bluebird (Charles Villiers Stanford) and the layered voices in the unaccompanied The Lamb (John Tavener).

Although it is easy to focus on the two outstanding leading sopranos, this is a group that relies on the quality of every single voice to create the sound that Vetta is aiming for. Her ten singers are all experienced performers in Suffolk’s choirs and music groups. She told me that it is something she has wanted to do for some time but it is only now that the right women, with the right voices, have been available in Suffolk.

The programme was titled Seraphim – beautiful sounds in beautiful spaces and that describes the evening perfectly.

Get the dates of their concerts in your diary now: Seraphim perform next at St Mary’s Church, Sibton on 17th May, just before they go to sing in Venice. Full details on their website www.seraphimvoices.uk.

This review also appears on http://www.onesuffolk.net/home/previews-and-reviews/