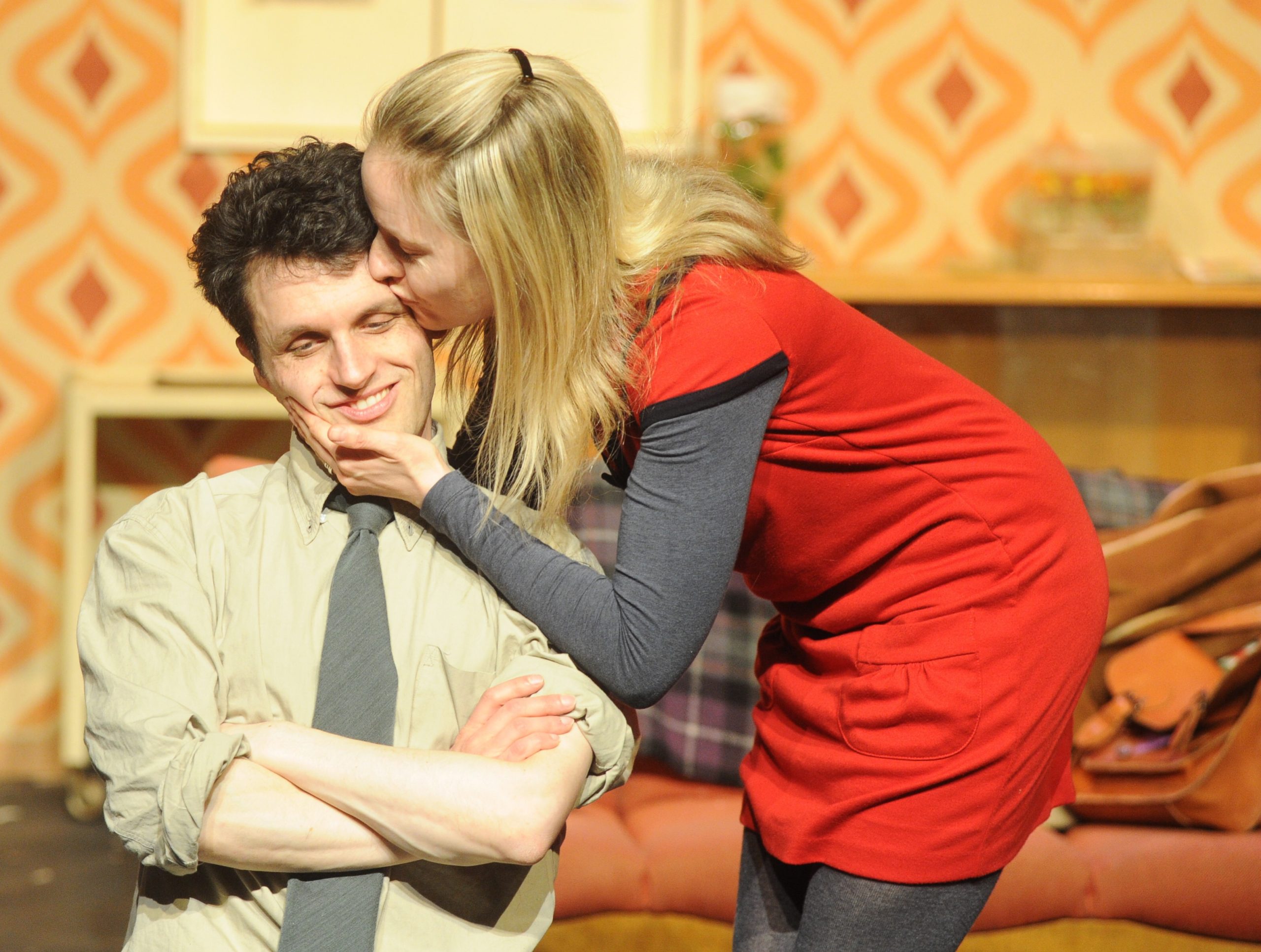 Review of A Day in the Death of Joe Egg

A Day in the Death of Joe Egg by Peter Nichols. Performed by Gallery Players at Sir John Mills Theatre, Ipswich

A play that tells the story about the strain that having a severely disabled child puts upon the parents does not sound like a fun night out. Although this is an accurate summary of A Day in the Death of Joe Egg, this is a play that will make you laugh, as well as make you think. It may be black humour at times and occasionally you ask yourself  “should I really be laughing at such a tragic situation” but it is never cruel or offensive and the laughter somehow makes the situation more real and understandable.

Eleven-year-old Joe (played with great conviction by young actor, Beatrice Carpenter) has severe cerebral palsy and, whether sitting in her wheelchair or being carried around their sitting room by her parents, she is on stage for much of the action.  Her father, Bri (Jo Raishbrook), a teacher with obligatory leather elbow patches, begins the play haranguing the audience, who, with hands on heads, find themselves cast as his misbehaving class.

When he arrives home from work, he and his wife Sheila (Jo Lewis), wait for Joe to come home from her school.  Speaking directly to the audience, (a technique used by Miranda Hart, the television comedian), and referring to the audience during the dialogue, must have been quite ground- breaking when this play was a controversial new work in 1967.

The two lead actors playing Bri and Sheila, are outstanding: just the two of them carrying the dialogue throughout the first half of the play. They tell the story of Joe’s birth and the trauma of her diagnosis and care, re-enacting the scenes.  Jo Raishbrook showed his wide acting capabilities as he played the various characters, from doctor to vicar, whom they saw. Jo Lewis, perfectly encapsulated the bravery and bafflement of the mother of a severely disabled baby, grown into a child, and the love that helps her to keep going when many would give up.

In the second half of the play, Sheila’s friends Freddie (Liam Gregory) and Pam (Emilia Petryszyn) arrive back with her from their drama group rehearsal, to try and persuade the parents that is time for Joe to be placed in a specialist residential school. Although their characters are deliberately over-stated, the audience begins to have some sympathy with their advice, however crudely expressed. Grandmother Grace (Helen Leeder) arrives with her knitting, and the repercussions of Sheila leaving Bri in sole care of Joe for the evening, brought the play to its climax.

With a perfectly recreated 1960’s sitting room, smoking, references to pre-decimal currency and terms such as “spastic”, which we no longer use, this play is of its time, but the issues it raises resonate still in 2015.