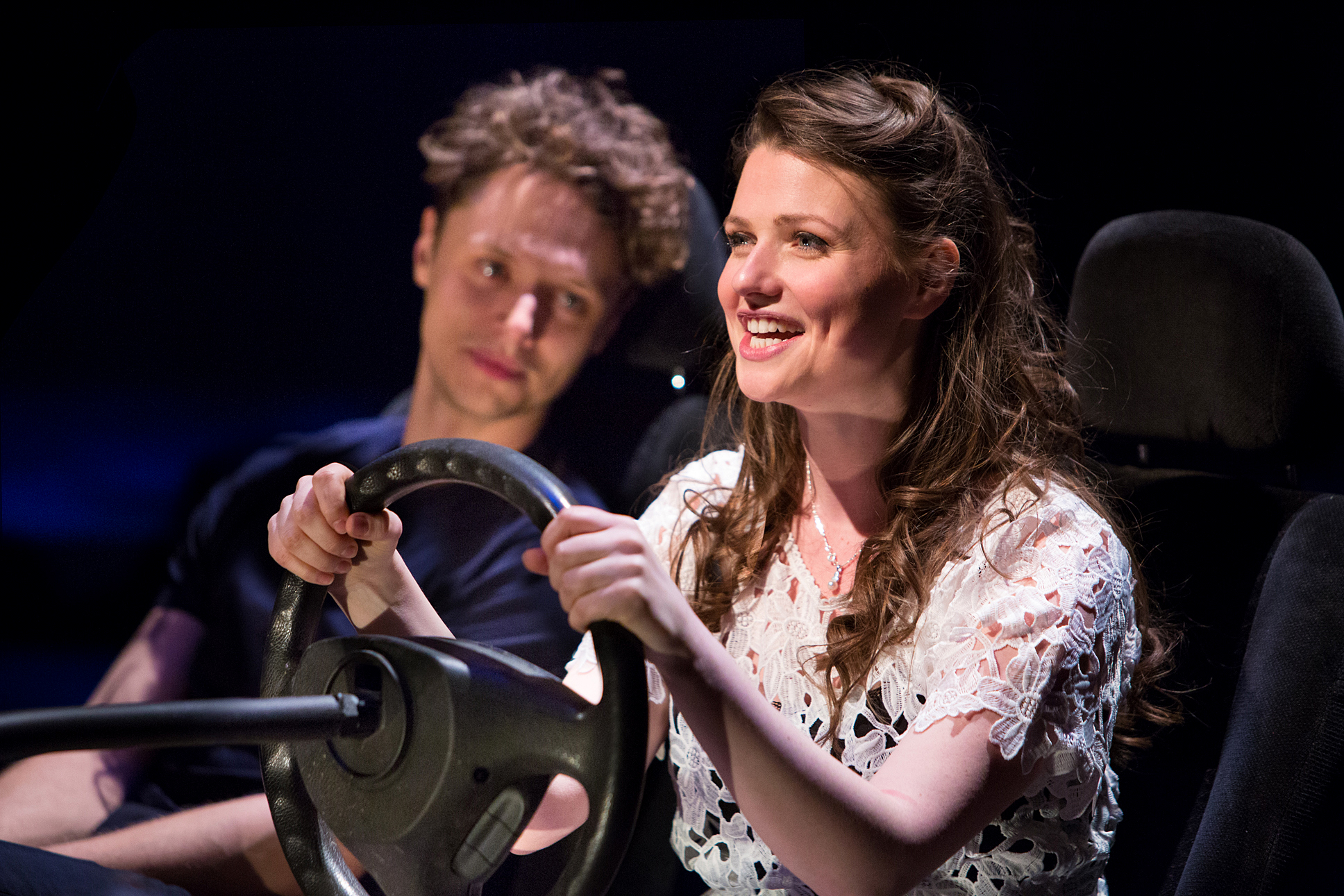 With their well-deserved reputation for actor-musician musicals it was quite a surprise to find that the New Wolsey Theatre had returned to a more traditional format for The Last Five Years by Jason Robert Brown.

With just two actors and a five-piece band (on a platform high above the stage), a sung-through musical was always going to be a challenge to those involved. However, this story of a deteriorating relationship, seen through the different perspectives of the couple but also through different time zones, kept the audience gripped throughout the ninety-minute performance.

Set in New York and Ohio, Catherine Hiatt (played by Katie Birtill) relayed the story of love, romance (and her disappointing acting career), in reverse, starting with divorce and going backwards to when she met her husband. Jamie  Wellerstein (Chris Cowley) began his story as an excited love-struck student about to be a published author, whose story would end with their divorce, as he enjoyed fame and success.  It sounds complicated with the two actors on stage most of the time, but with costume changes, flexible staging and a few props, it was surprisingly easy to follow what was happening: a story of love, frustrations, jealousies and rivalry.

On the night I attended it was also an evening when the New Wolsey Theatre could demonstrate why they have won awards for accessibility and equality. With a visual display above each wing of the stage, that not only relayed the script but also described the music that was being played (eg, “lyrical piano music”), two signers at the sides of the stage (one for each character) and apparently, an audio described via a headset, using a prerecord of an audio script recorded by the cast, available if needed, there was no reason that anyone couldn't enjoy this production. (Incidentally the signs and signers in no way detracted from the performance for those of us who didn't actually need this assistance).

This was a musical that I was completely unfamiliar with and a complete contrast to the usual style of “New Wolsey musical”. Although there were no memorable songs that I came out humming, The Last Five Years was well-acted and well-sung with some beautiful musical arrangements. It was fast moving, funny in places, yet had moments of real emotion and tenderness.

An unusual production, but very enjoyable and worth experiencing.