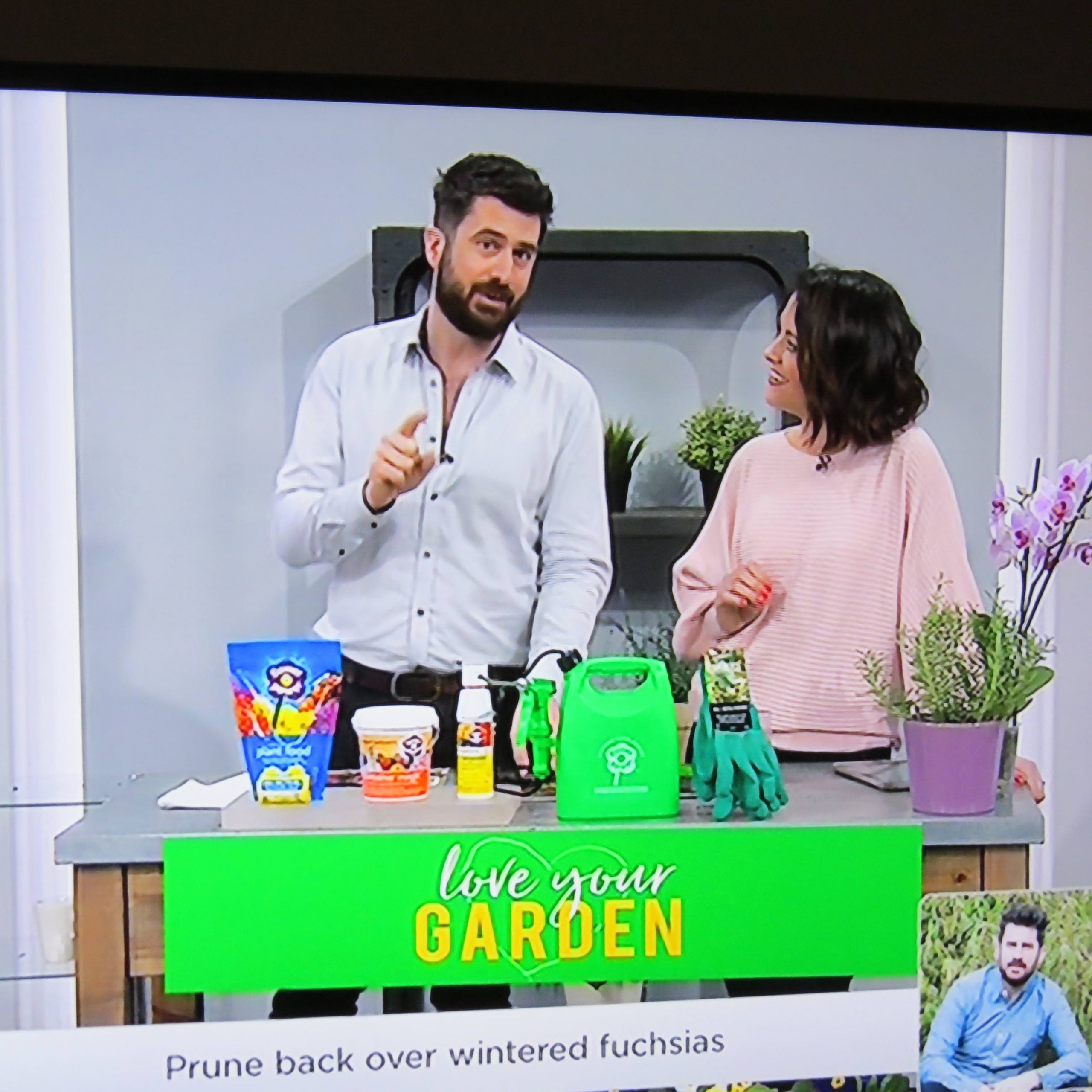 “March winds, April showers, brings forth May flowers” is a familiar saying. With so many professional gardeners around Norfolk and Suffolk, let’s find out from two of them how we can get the best out of our gardens, large or small….

Bressingham Steam Museum and Gardens, in Norfolk began in 1953 when nursery owner and plantsman Alan Bloom planted a garden of island beds in front of the family home, Bressingham Hall. Now known as the Dell Garden it covers six acres and has nearly 5,000 different species and varieties.

“I remember when he planted the island beds we were living in the house and it had no central heating,” laughed his son, Adrian Bloom, who is now the Chief Executive of Bressingham. “There were big rooms and it was so cold I remember, as a boy, breaking the water frozen on the window-sills!”

Still very much a family business, Bressingham now has a total of six gardens over seventeen acres, and every year up to 70,000 visitors wander around Foggy Bottom Garden, with its conifers, trees, shrubs and ornamental grasses, the Winter Garden, Adrian’s Wood with its giant redwood trees, the Summer Garden, and the Fragrant Garden, next to the picnic area. Many also come for the steam museum and to ride on the steam train through the gardens.

“I didn’t want to go into the family business. At eighteen years old, after spending six months working at Bressingham, I was bored so I went, on an immigration visa, to the United States. I crossed America two or three times, and then worked in Norway, Denmark and Switzerland.”

It was as he travelled that Adrian gained his knowledge about plants and horticulture, returning to Bressingham to work in 1962.

“My father was not enamored with colleges and horticultural education, and it didn’t seem the right option for me, so I learnt on the job.”

What makes a good gardener?
“There are two levels of gardener. There is the one who maintains a garden. They enjoy the tasks and don’t look upon them as a chore. Then there is the other sort who understands the seasons, the weather, climate, plants …. and can plan and design. Of course, it depends upon the size of the garden too. A gardener in charge of a very large garden will spend a lot of the time organising the staff and volunteers!”

“A gardener can’t jump in and know it all. It’s about interest and passion. Watching a garden grow and doing tasks year and year, being aware of plants and the environment, a flow-learning curve.”

With seventeen acres to choose from, where is Adrian’s special place at Bressingham?
“There are two places. Rosemary’s Wood was named after my late wife, who died three years ago. I like to wander along the meandering path there. And then my middle son, Matt, built a summer house at the bottom of Foggy Bottom, and a tree house in our private garden. I like to sit there and think how lucky we are…..”
http://www.thebressinghamgardens.com

Adrian Blooms Top Tips:
What is your favourite garden gadget or tool? Apart from my left handed Felco secateurs which are indispensable for the varied pruning I do and enjoy, I have a small lightweight, very sharp curved spade given to me in Canada, It’s easy to handle and excellent for root pruning etc.

What should no garden be without? Since we were responsible for introducing it in 2000 and I have planted it in every garden I have designed, and it now has international acclaim—it has to be Geranium Rozanne. No gardener should fail with this nor fail to be impressed with its amazingly long period of flowering.

May in the garden – what should we be doing?
As we enter (hopefully) the drier part of the year it is important to give any plant bought in a pot in which its roots are contained the following procedure when planting;
1. soak the whole pot and roots in a bucket, ideally for an hour or so.
2.If roots are congested, loosen or open the lower third.
3.Plant into well prepared soil, support with a cane if necessary.
4.Firm soil around the roots, water, so the soil is also moist (at the same level as the soil in the pot).
5.Mulch surface with at least an inch (2.5 cm) of composted bark or similar weed free material

Michael Perry from Ipswich, is also known as The Plant Geek. He has been fascinated by plants since he was a child and, inspired by his grandparents, he adopted part of his parent’s garden and sold plants at the garden gate. At 12 he was a seller at Ipswich WI Market and, aged 16, had a mail order business selling herbs. After leaving school he went to Otley College in Suffolk for two years, to study horticulture but, in his heart, he wanted to be a plantsman…

“There weren’t many jobs around, but I entered a competition to design a garden that was being run by Thompson and Morgan, the seed company,” Michael remembered. “I designed a garden using all Suffolk plants. I won, probably because no-one else had thought to do that. The prize was a greenhouse and some seeds but a couple of weeks later I contacted them and asked if there were any jobs going. They took me on and I was there for over 18 years.”

During those years Michael was involved in promoting 500 new plants developed by Thompson and Morgan, and that led to lecturing, workshops, radio and TV appearances, including on the shopping channel QVC (Michael’s Garden World) and This Morning on ITV. In 2015 Michael was listed in the Top 20 most influential horticulturists by The Sunday Times. He left Thompson and Morgan at the end of 2016 to travel and develop his freelance media work.

“I call myself a garden product developer rather than a gardener,” Michael said. “I always wanted to travel, and I have built relationships around the world mainly from social media. I run workshops in America, Canada and Japan, appear on the HSN shopping channel in New York. Social media means it is easy to link up with like-minded people whether it is fellow plant geeks or others with a love of specialist plants.”

Michael has brought a trendy new image to gardening and gardeners, forming a group called Grubby Gardeners who raised £25,000 for the Perennial, the Royal Gardener’s Benevolent Fund, through mud runs, “naked” sky dives and a Naked Gardener calendar.

“Most gardeners have a cheeky side. They like a laugh and have a good sense of humour. After all, Naked Gardening Day is held in May each year!” Michael laughed.

With thousands of miles travelled each week Michael doesn’t currently have his own garden but, if he needs to be reminded of his love of plants, he heads to The Urban Jungle Plant Nursery in Beccles,

“Café Jungle is a fantastic new restaurant set amongst hundreds of houseplants!”

Michael Perry’s Top Tips:
What is your favourite garden gadget or tool? The Hori Hori Knife- this Japanese tool is often regarded as the world’s greatest, and you can do all manner of jobs quickly and easily, so you don’t need any modern gadget with this around.
What should no garden be without? Spring bulbs- often overlooked, but planting them takes all of five minutes, and their spring arrival is always a surprise and very welcome.

May in the garden – what should we be doing? ‘The Chelsea Chop’- cutting back herbaceous plants around the time of the Chelsea Flower Show helps plants come back bigger all season

Plant out bedding and patio plants- the perfect injection of colour, even if you’ve planted shrubs and perennials, fill in with bedding whilst you wait for the big boys to develop!

NB: This article first appeared in Suffolk Norfolk Life magazine in May 2018