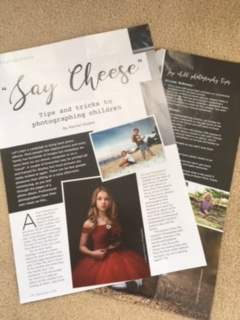 Let’s start a campaign to bring back photo albums. Most people take digital photos and every family has hundreds of images but nowadays we store them on our phone, computer or on a “cloud”. A couple of favourites may be printed off and framed for display, but most pictures are rarely looked at again. There can be few greater pleasures than sitting on a rainy afternoon, reminiscing, as you leaf through the pages of a photo album. Professional photographers have their own views on this…

Alison McKenny is a baby and family photographer based in Stoke by Clare, Suffolk, who also does fine art children’s studio portraits, with a vintage feel, using dresses, outfits and props. She realised that, after the age of two, she did not have albums of her own sons,

“So, for their tenth birthday I created a photo album for each of them, with a double page representing a year in their life, and I intend to do another one when they are twenty-one,” she explained. “I do encourage my clients to create an album as the children love looking at them. I also think it’s very important to have photos of your children on the walls of your house. It boosts their self-esteem to know that their parents are so proud of them that they are on display.”

Award-winning photographer Rob Dodsworth is from Norwich but when he wanted an album of his own small children, he employed a professional photographer friend to spend a day with his family.

“The photos show the mayhem of breakfast with a toddler, playing in the woods and bedtime stories. One favourite shows me wiping baby pee from the floor while, behind my back, my son is peeing again!”” he laughed. “Children today are the most photographed ever, but the number of prints of them are very limited. I read an article recently that said that 52 million photos are uploaded each day onto Snapchat and 350 million to Facebook – but only 23% are ever printed and put in an album. It’s too easy to lose the precious photos amongst all the hundreds of others we have taken.”

Paul Nixon is a professional commercial photographer from Ipswich but worked for local newspapers for years. “It’s so good to look at family photos of grandparents and great grandparents and spot the family likenesses. There are so many easy ways to take photos now, but we don’t value them as we did.”

“I take photos on what is one of the happiest days of a couple’s life but when they start a family that is the really special day. It’s a great compliment to be asked back.”

“I have a documentary style of photography so take few posed photos and couples like that for their wedding, and also for their children. I spend at least half a day with a family and just take the photos as they go about a normal day, so nappy changing, shaking a rattle and accidentally bashing daddy on the face… the little things that you so easily forget.”

“My biggest challenge with new-born babies is to take their photos when they are asleep,” explained Alison McKenny. “Over time, I have found that I have a lot more success getting babies to sleep for shoots in my own studio, and I allow two to four hours for these shoots, to give plenty of time for babies to feed and settle.
Toddlers don’t want to sit still so I get the parents to go outside with them to play, if possible. We then get a more natural pose. Older children can be very shy, so I take ten minutes chatting to older kids to help them relax before I even get out a camera. The best pictures are always the ones from near the end of a session.”

Paul Nixon faces rather different challenges when he is commissioned by a client to take a photo,

“At one time an editor would just ask me to go to the coast and get some nice summery pictures for the newspaper. I would photograph children, then ask their mum if it was OK and they were delighted their children were going to be in the newspaper. Now you need to get written permission first and it can be a nightmare. I was recently commissioned by the owner of a new public swimming pool to take photos, but the manager refused to let me take any of children swimming. Photos of a school extension, for example, would be taken at playtime but I now have to promise to blur the children’s faces – and it takes me hours in the studio! Sometimes I think things have gone too far”.

Old albums often reflect our lack of skill in the days before digital cameras. Heads are cut off, tiny figures are lost in a landscape, a family group always has one member looking in the wrong direction or pulling an odd face. Now we use digital cameras or a mobile phone it is tempting to take lots of pictures until we get a good one. The photographers who take pictures for a living are happy to pass on some of their top tips, especially when taking photographs of children….

Pick a spot with good light and have an uncluttered background for the best photos.

Don’t ask children to stand and say cheese! Make it fun by giving them an activity such as picking a flower, looking for fairies, blowing a dandelion head…

Don’t force them to smile for the camera. You want them to have a more natural expression.

If you are photographing children, on holiday for example, take a step back so you get some of the location too. In the future you will want to know where it was taken.

Do something with your old photos. Will anyone in the future bother about a boxful in the loft? Choose the best ones and put them in an album. (Don’t bother to scan old photos as no-one will bother to look at them!)

Back-up digital images so you don’t lose them.

Don’t overthink it. Not every photo needs to be perfect.

Take photos on your phone but don’t get stuck behind that screen, play and make memories together.

We take photos all the time but what is the point if you never get around to looking at them? Print, frame and enjoy them.